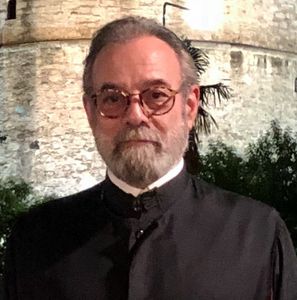 Berkeley, CA — The Patriarch Athenagoras Orthodox Institute (PAOI), a GTU affiliate, has announced the appointment of Metropolitan Tarasios of Rhodopolis, Primate and Exarch of Lazica, as its new director. PAOI exists to educate, communicate, promote, and sustain the traditions, values, teachings, and culture of Orthodox Christianity. As an affiliate of the Graduate Theological Union, PAOI supports GTU MA and doctoral students pursuing studies in Orthodox Christian traditions. An inter-Orthodox endeavor that represent the diversity of Orthodox Christianity in America, PAOI also hosts academic lectures and symposia, provides educational programming, and sponsors the Orthodox Christian Fellowship at the University of California at Berkeley.

On November 29, 2019, the Holy and Sacred Synod of the Ecumenical Patriarchate elected Metropolitan Tarasios to the Metropolitanate of Rhodopolis, Primate and Exarch of Lazica, and at the same time recommended his assignment to the Patriarch Athenagoras Orthodox Institute. As director of PAOI, Metropolitan Tarasios will establish and implement a long-term growth strategy in support of the PAOI’s mission and will oversee the Institute’s fundraising efforts.

PAOI has invited the extended GTU community to a Welcome Reception for the New Director on February 25 from 4:00 to 6:00 pm at the Institute (2311 Hearst Avenue, Berkeley).

Read more about Metropolitan Tarasios in the press release from PAOI.