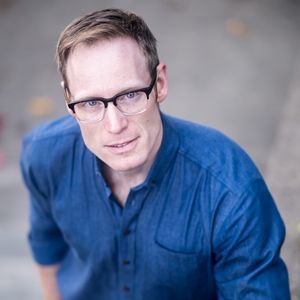 People often understand “spirituality” as a personal discipline focused on the cultivation of the interior life. Commonly, but not always, this inner life is formed with some reference to a reality that transcends the self, a larger reality within which one’s life takes on a significance and meaning that might otherwise go unnoticed. To be spiritual, according to this understanding of the term, typically entails adopting particular practices of prayer or contemplation. Such actions align the self with that larger and more ultimate horizon. They calm the thoughts and appetites of the practitioner, whose focus is redirected away from them, from the self and the everyday world, toward what is understood to be far more important.

Contemporary Western ideas of spirituality, even those that are deeply secularized, arise largely from notions that are common currency in popular Christianity, especially the view that there is a division between each person’s “spirit” and their body. The spirit, of course, is the prized element and the body is that which needs to be subordinated to it. Added to this residue of cultural Christianity to create our most typical ideas of spirituality are two other elements: first, the potent Platonic notion that the truly real is found only by ascending the levels of being, escaping from base materiality to the highest realm where all things, released from their material prison, are spiritually one; and second, the line of dualistic thinking generally associated with René Descartes that maps rationality and thought to the spirit and a base, strictly biological carnality to the material body. Stemming from this mix of ideas, Western spirituality often becomes a highly individualized concentration on raising the self to higher levels of reality by seeking to enrich the inner life and to leave the cares of the workaday world behind as far less important, certainly a distraction, and possibly even an illusion.

The social and political quietism to which this version of spirituality can lead, however, is not the only one on offer.

Instead of understanding the spiritual and the material as two opposing principles that compose an ontological dualism, one can see the spiritual and the material as two thoroughly interpenetrating aspects of reality forming a single, integrated whole. One can consider the spiritual to be a transpersonal source of orientation for navigating the specificities of one’s material reality as one lives within it. Here, the spiritual is not about inner self-improvement. The spiritual is about communing with a reality larger than oneself in such a way that one is then able to live in such a way that one no longer lives for oneself alone but in order to inch the world and its inhabitants just a bit closer toward their flourishing. The spiritual is no longer a retreat but an engagement, no longer about a realm beyond the world but a way of living in it, no longer about the self but the whole web of creation. In this way, spirituality can provide a pathway to actively working to better the world.