Following health guidelines mandating the extension of the "shelter in place" order in Alameda County, the GTU campus will continue to conduct most operations remote through May 31st. Learn more and access the latest, most up-to-date COVID-19 resources, policies, and news for faculty, students, and staff of the GTU here>> 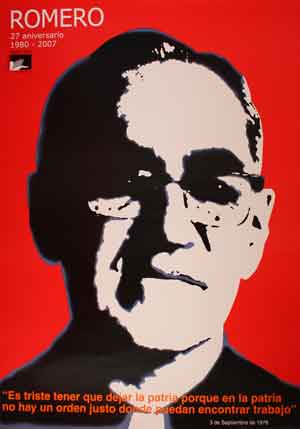 On March 24, 1982, five congregations in Berkeley, California, and one congregation in Tucson, Arizona, publicly declared their commitment to "protect, defend and advocate for" Salvadorean and Guatemalan men, women and children fleeing their war ravaged countries of Central America. Conditions in El Salvador and Guatemala pushed people to leave their lands, their families, their professions and their plans behind, often with little more than the clothes on their backs. As thousands of refugees fled the wars in El Salvador and Guatemala, U.S. church groups were called to respond.

The "Sanctuary Movement," as it came to be known, was born, and in just a few years grew from six congregations to more than five hundred congregations across the United States.

Out of the hundreds of thousands of refugees fleeing Central America, hundreds of Salvadoran and Guatemalan refugees entering the United States risked apprehension and deportation by sharing their stories of war, repression, flight and search for safe haven in public. Thousands of religious and lay men and women listened to the refugees' stories and opened our churches, synagogues and temples, our homes, rectories and convents, our schools and hospitals in defiance of US immigration policy, which many of us viewed as immoral as well as illegal. We fought side by side with the refugees to change U.S. immigration and foreign policies in the United States. We journeyed to El Salvador, Honduras, Guatemala and Nicaragua to stand in solidarity with the people and historical churches there.

Transcripts from the 12  interviews from the Sanctuary Oral History Project Records,  GTU 2009-3-02,  are available on line.