As a teacher, there are moments that compel one to transgress the stability of theory in order to respond to the immediacy of lived reality.

But just as we began to awaken from seclusion, the world imploded as citizens took to the streets to protest the death of George Floyd, yet another Black man whose suffocation exposed the scourge of whiteness that long strangled our democracy.

Two moments—
One that threatened the integrity of bodies;
Another that pierced through the ideology of our body politic.

In between, I looked on in disbelief, drowning in questions, a growing distrust of the systems that secured my body, identity, and sense of place. For the first time in a long while, I, the teacher, could neither speak nor breathe. Theory could not endure before the transgressions of real life.

As a young teacher, I remember being taken by Benedict of Nursia’s ancient counsel:
“Listen with the ear of your heart.”
To listen was to encounter, enfleshed in the practice of conversatio morum—convers(at)ions that left one open to the Other’s allure.

Benedict might well have been speaking to teachers. After all, learning is, at heart, conversational. In the encounter of student, teacher, and text, there prevails a constant interrogation of ideas, knowledge, and comprehension—exposing one to the arbitrariness of body, identity, and sense of place.

To the extent that learning nudges one to cross into the unknown, it cannot but transgress.

At the Graduate Theological Union, I learned to entwine body, identity, and place with the rigors of theological work. Conversations shaped ideas and expositions, texts and corporealities. And so

with Naomi Seidman, I intuited layers of history embedded in words;
with Mayra Rivera, I gleaned the other-ness of texts and potency of imagination;
with Boyung Lee, I elevated context on equal footing with theory; and
with Michael James, I resurrected the primal impulse of a story—my own—to break through colonial discourse.

These teachers enfleshed scholarly conversations in a manner that allowed transgressions between theory and lived reality, refusing to privilege one at the cost of diminishing the other.

At a time when a single breath can affirm bodily integrity while eroding our national ideology, how might we teach? How might we endure the suffocation of familiar tropes and cross over—indeed, transgress—into the possible? How might we heal?

When scholars, ministers, theologians, and teachers are compelled to speak, might we, instead, converse? In choosing to listen, might we submit “to what is ‘intractable’… [to encounters] where the political weapons of consciousness [become] available in a constant tumult of possibility.”[1]

Perhaps in beholding the Other beyond ourselves, we might simply love; moved to an enduring conversion. 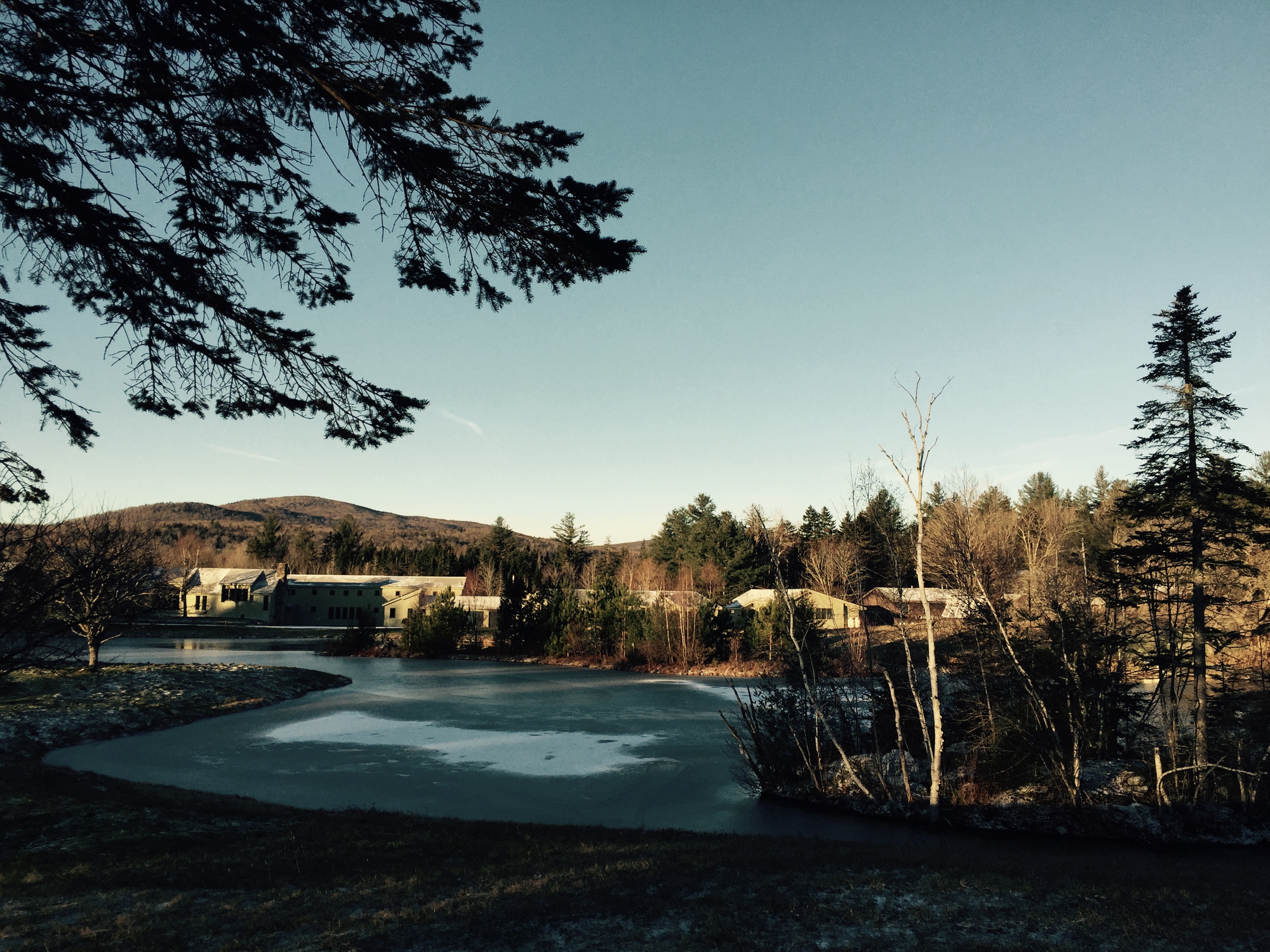 This is the landscape of Weston Priory, the Benedictine community with whom I lived and from whom I learned conversatio morum. 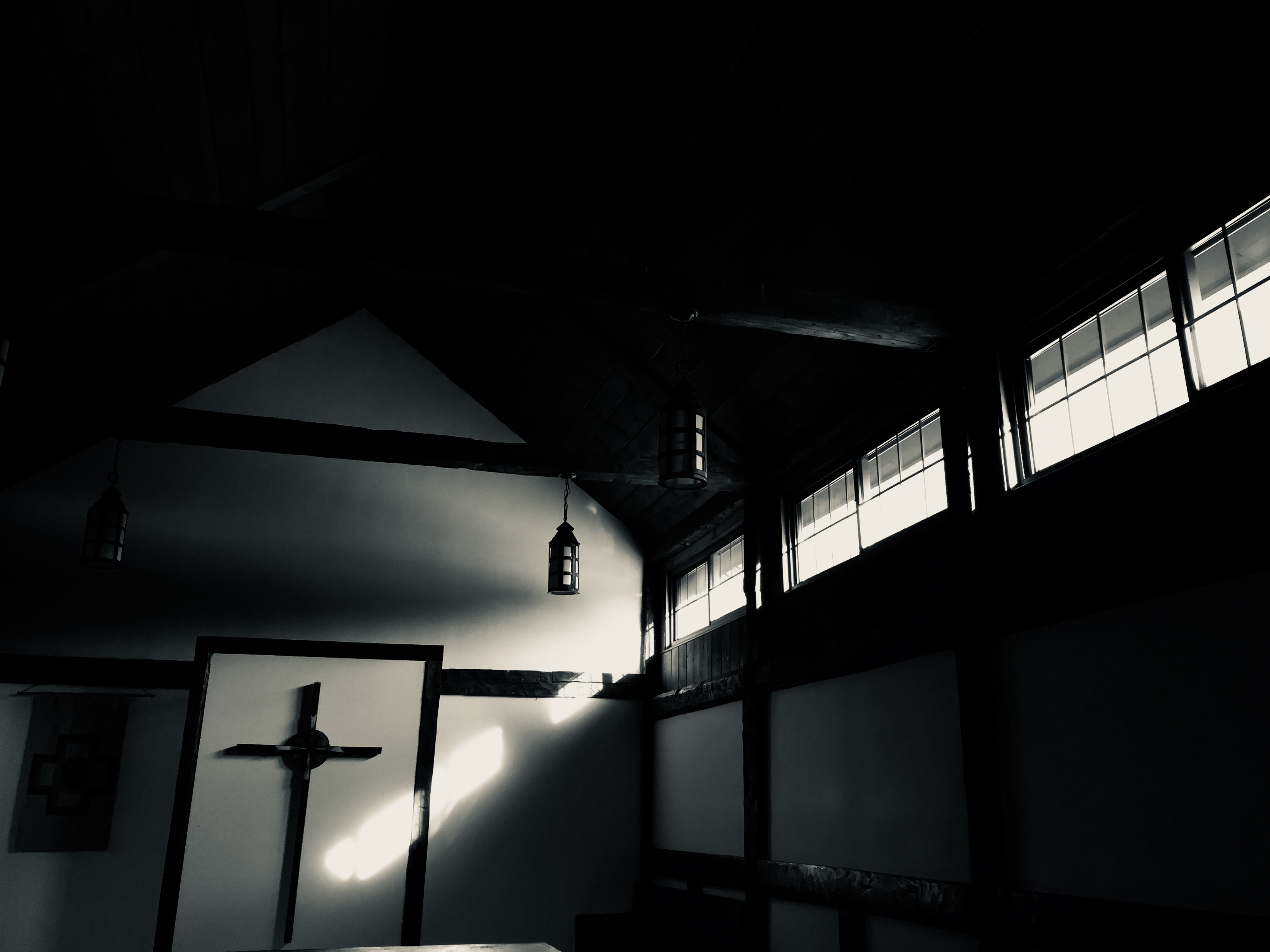 This is the interior of Weston's stone chapel. Light and darkness bleed into the other, an invitation to encounter. 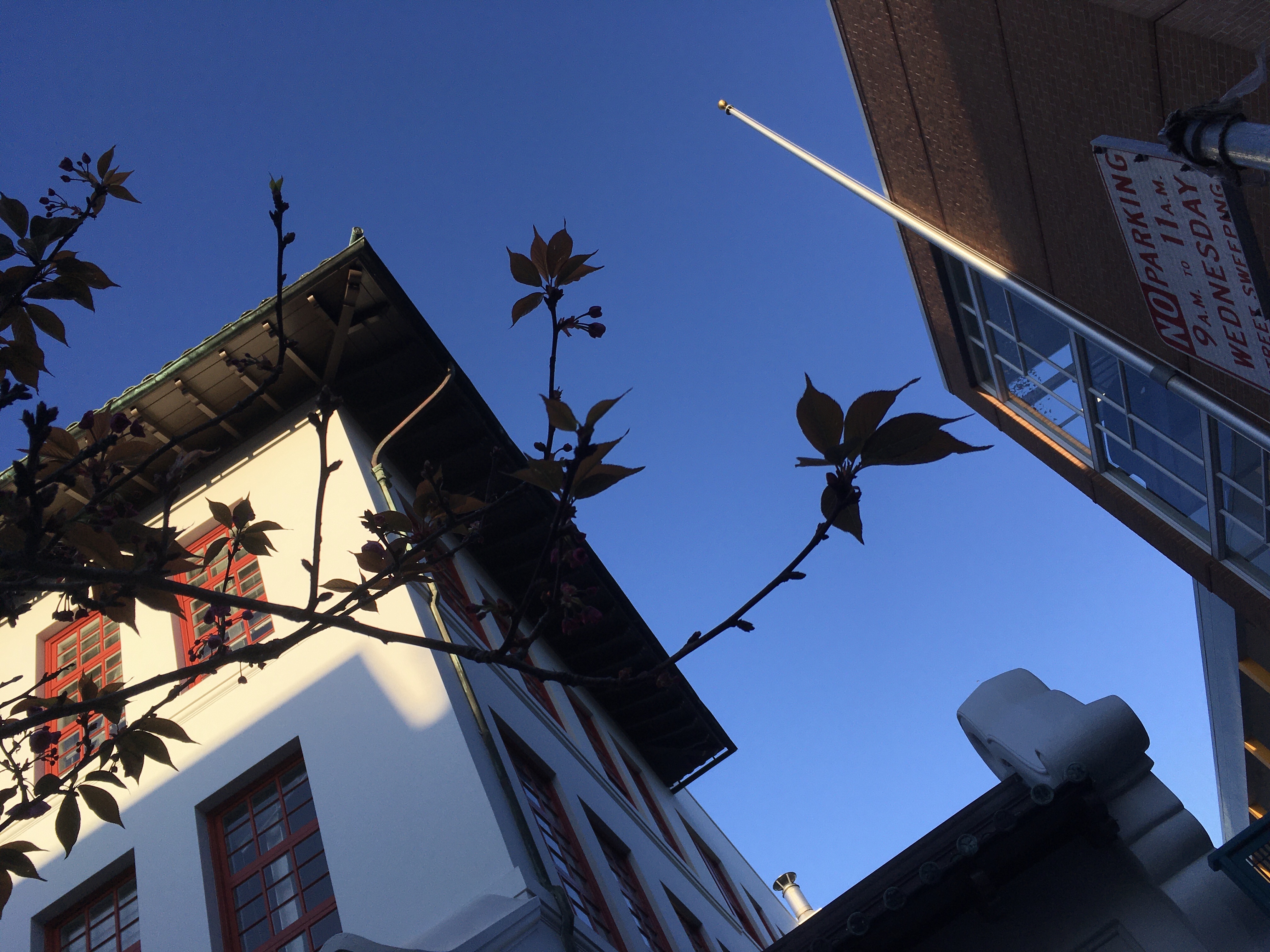 A photo of two architectural themes on the Stuart Hall Campus: the building on the left is the Morning Star Building, built in 1929 to provide Japanese American children access to Catholic education in light of the 1906 laws proposed by the SF school board to exclude children of Chinese and Japanese descent from local schools. The building on the right is a new wing added to Morning Star when Convent & Stuart Hall purchased the existing campus to establish Stuart Hall High School in 2000. In so many ways, this photo evokes the kind of conversation morum I tried to express in text—the encounter with other-ness, allowing space for difference, an enduring gap to the possible. 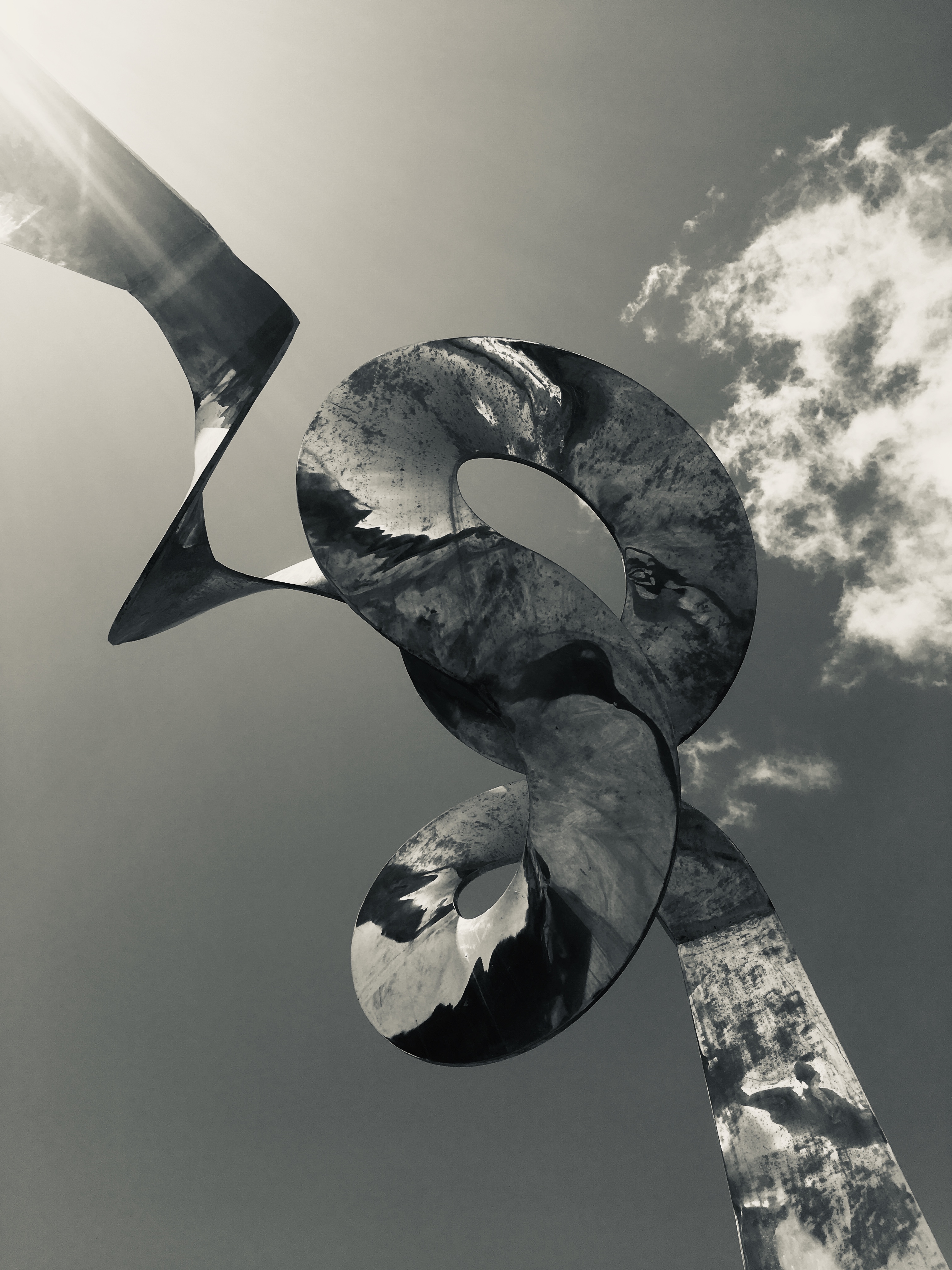 The final photo is of Skygate by Roger Barr along the Embarcadero. I took this during a morning walk. Evokes "encounter" in its complex, circuitous iteration.

Hammond, John. A Benedictine Legacy of Peace: The Life of Abbot Leo A. Rudloff. Weston, Vermont: The Benedictine Foundation of the State of Vermont, Inc., 2005.