GTU Voices - A Pilgrim’s Perspective on a Spiritual Reboot

A Pilgrim’s Perspective on a Spiritual Reboot

Since the beginning of this year, the failure of systems that were meant to protect and preserve has exposed the fragility of international relationships, precarity of physical health, vulnerability of mental wellbeing, and malignant flaring of deep rooted discrimination based on race and immigration status. In the wake of such global anxiety, communities have united to curate reparative modalities for reform and renewal, often finding inspiration in each other’s rituals and spiritual practices. For Muslims, the Hajj pilgrimage is an archetypical exercise in reflection on the human condition and working towards a spiritual reboot.

The Kaaba is a sacred historical symbol revered by Muslims as the House of God and the direction (qibla) towards which they orient themselves to perform their daily ritual prayers (salat). Although the Qur’an deems it an obligation on all humanity (Q3:97), Muslims observe the annual Hajj as a key tenet of faith and practice. Enshrined within the Kaaba are the narratives of male prophets as well as the grave of a woman named Hajar whose actions are embodied within Hajj rituals. As the Hajj season begins, though a physical pilgrimage might not be possible this year, reflecting on its spiritual aspects will help ease the anxiety, grief, and insecurity caused by the precariousness of our time. 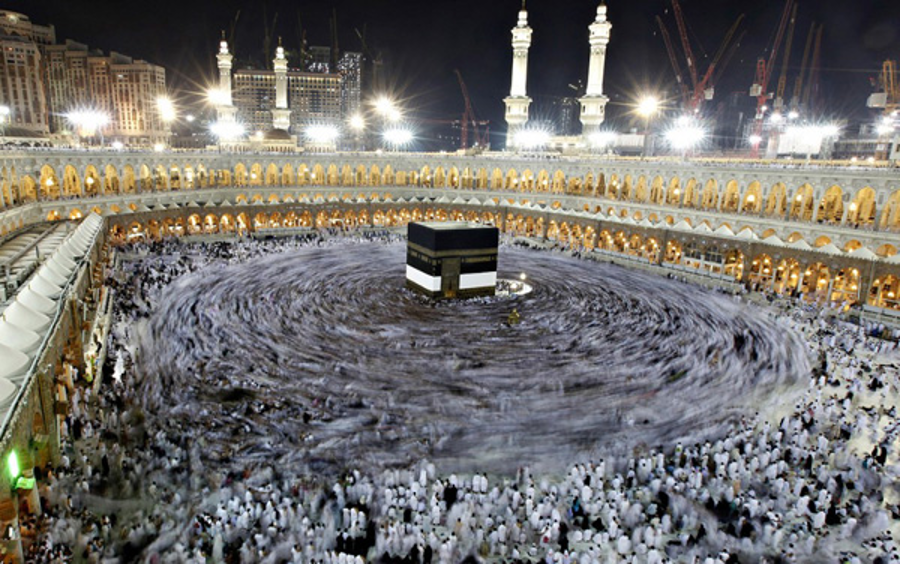 While COVID-19 has altered our sense of normalcy, the reemergence of the pandemic of discrimination has questioned our communal ethics. Racial and ethnic minorities in the West and religious minorities in the East are being blamed for the spread of the coronavirus, Black lives continue to be blatantly disregarded, and international students brace themselves for the nerve-wracking wave of stipulations by ICE. This has been a shocking reminder that the killer virus of prejudice has been stealthily lurking under the pretentious garb of democracy and human rights.

In bravely seeking hope and innovative strategies to navigate through the despair and distrust, most of us have resorted to our religious traditions and spiritual practices. Hajj rituals offer an opportunity for critical introspection of individual and collective human conduct. Pilgrims reflect on the true meaning of home and security as they leave behind the comforts of their physical homes to seek the spiritual homecoming at the House of God. Donning their pilgrimage robes, they mindfully strip off all assumed, construed, and imagined identities to embrace their core human identity. Circumambulating in an anti-clockwise movement they consciously undo the grip of delusional supremacies around color, gender, and class. Standing at the station of Abraham as a multicultural, multiethnic, and multinational group they seek the human in themselves and the other. Embodying Hajar’s sprint between the hills of Safa and Marwa, they are reminded that inaction in the face of injustice is not an option. Hajj rituals are a way of detecting and removing malwares in the human system and the Eid of Hajj symbolizes an intentional resolution to sustain spiritual and social wellbeing.

In bravely seeking hope and innovative strategies to navigate through the despair and distrust, most of us have resorted to our religious traditions and spiritual practices.

While our resilience, interdependence, interconnectedness, and our faith in God during these anxious times of killer viruses and systems failures has undoubtedly provided us with comfort and hope, it is important to ensure that these measures are not reduced to mere crisis management but rather translate into a sophisticated and strategic rebooting of the human system. Let us awaken the pilgrim in us and embark on a journey inward and toward the substance of being human.

Find out more about Mahjabeen on the University of San Francisco website.