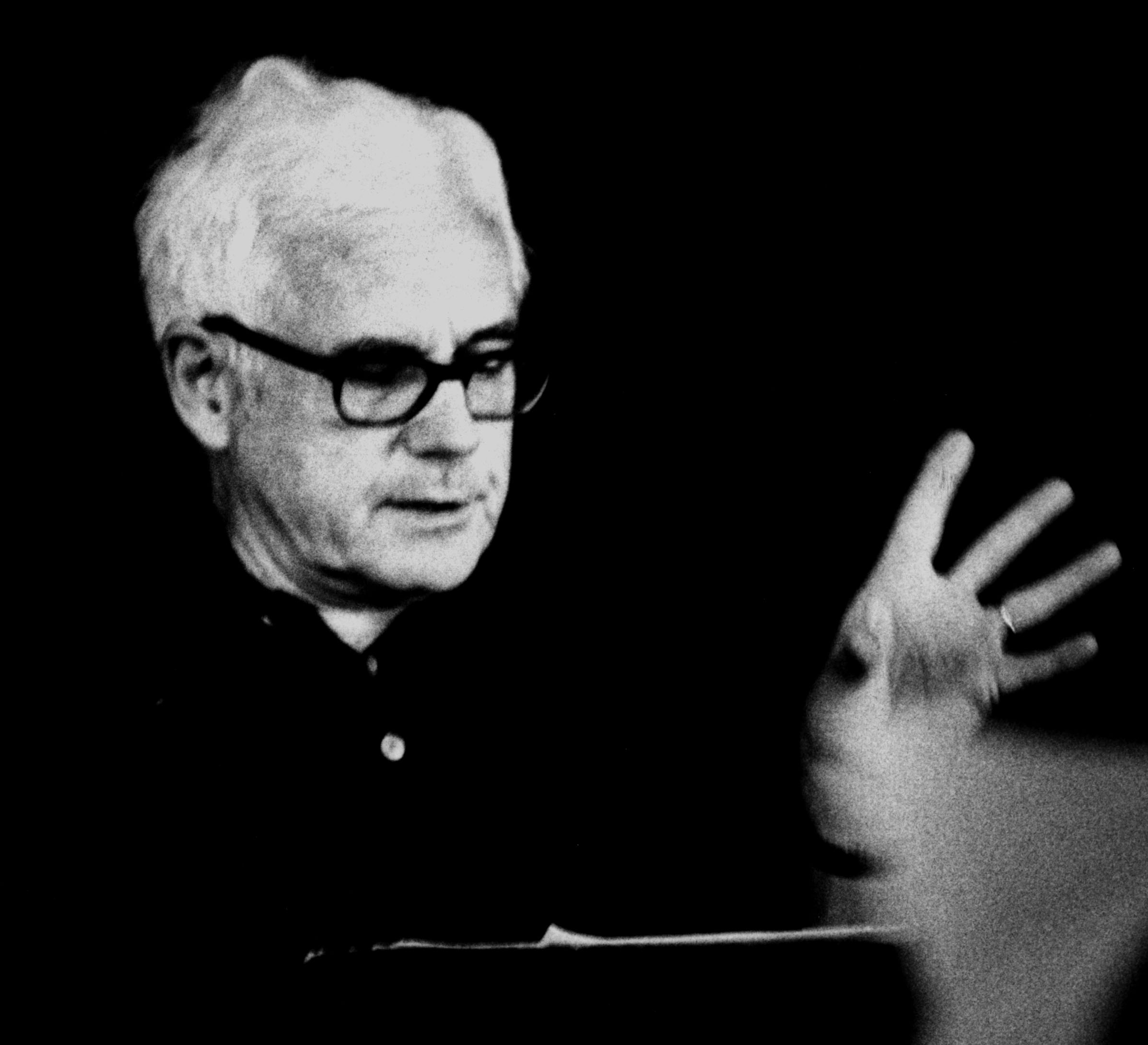 Robert McAfee Brown  taught theology and religious studies at Macalister College (St. Paul), Union Theological Seminary (NY), Stanford University, and Pacific School of Religion (PSR). He emerged in the sixties as one of  America's most prominent theologians and activists for social justice.

In the following talk given during his years at PSR (1979-1984), he reflects on the role of the church, its ministers and seminary education.

Reflections on the Ministry

I remember a number of years ago taking a ride on a railroad train (remember railroad trains?). As the conductor came down the aisle punching tickets, looking rather sad and exhausted, I remember contemplating him with pity, for he was clearly working for a doomed outfit: railroads , were on the way out and this particular railroad had a life expectancy that could be measured in months rather than years. At the completion of the journey, I mentioned my pity for the conductor to a friend of mine, who responded that he had exactly the same feeling of pity for people who were vocationally trapped in the church. From his perspective the church also had a limited survival expectancy and he expressed commiseration for people who were dependent on it for a livelihood. He could not understand why people would want to be part of an organization whose days on earth were numbered.

It is probably the case that many peop1e agree with the assessment my friend made on that occasion. The church, they feel, whatever its past , clearly has no real future. It may survive in vestigial form as a vehicle of consolation to the dispirited and aged, but surely no thinking person would expect it to play a significant role in the complex decades that lie ahead. I must admit that there have been times when I have been tempted to accept the analysis, but those. temptations have been resisted, and as I now look at the future of the Church, and the role of ministry within it, I feel a strange new kind of excitement. I feel that there may be a unique role ahead for the church, within our lifetimes, and that one of the most important and demanding places to he positioned for our own future could be in the ministry of that church. How can one possibly be led to such an assessment?

Online Exhibit of selected materials from the collection.