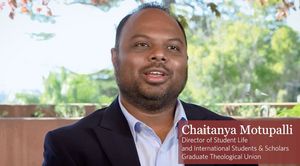 Every once in a while, we are called upon to set our differences aside and come together to address an issue so grave that not addressing it would threaten the existence of the entire planet. The global climate crisis is one such problem of our times. Reacting to the Sixth Assessment Report of the Intergovernmental Panel on Climate Change, which addresses the most up-to-date physical understanding of the climate system and climate change, António Guterres, the General Secretary of United Nations, called it “code red for humanity.”  Even as the terror of the COVID-19 pandemic is tapering away, it is time to refocus and address the atrocious violations caused by global climate change.

Scientifically speaking, we are in this predicament due to the astronomical rise in the levels of greenhouse gases in the atmosphere, especially Carbon dioxide, which has the potential to remain in the atmosphere for thousands of years. While it is true that science can help us understand the complexities of climate change, religion also plays an essential role in shedding light on the issue from a moral and spiritual standpoint. In fact, at the root of it, climate change is a spiritual problem, as it is about how we relate to the earth and its environment. Instead of having a sense of respect and producing what is needed without destruction, we have alienated ourselves from the intricate web of life to usurp the earth’s precious resources to fulfill our greed.

Spirituality, which is concerned about how we relate and respond to reality – the Sacred, ourselves and our fellow beings, the natural world, etc., can help us reconnect with the earth, reorient ourselves, and mend our broken relationships. For someone spiritual but not religious, such reorientation may be driven by core values and attitudes, whereas for those of us who are rooted in religious traditions, religions can provide the needed language and narratives to understand ourselves and our relationships with nature and fellow beings. Of course, that happens when we reexamine religions in the light of the current realities of the environmental crises and climate trauma. Such reexamination can happen by rereading the scriptures with a particular focus on the earth and the elements of nature that have long been relegated to the margins as a backdrop for the stories of human actors and the divine. Further, our reorientation can happen through spiritual exercises such as prayer, as we attempt to widen our sphere of concern to those on the margins, including the earth.

Given the alarming impacts of climate change, however, the change in our orientation cannot be confined to private spaces and to merely reinterpreting the scriptures and spiritual exercises. Instead, it needs to be manifested in the public sphere to inspire every earthling to care for its common home. It could be a small gesture as standing on a street corner with a placard, just like what a few GTU students, along with members of the Berkeley Presbyterian Mission Homes, did on October 17, 2021. It could also be writing to the members of Congress to put pressure on the government to act on climate policies, or an op-ed piece elucidating the dangers of the inevitable and irreversible changes of the earth’s climate. Whichever way we choose to live out our spirituality in the public sphere, the fact of the matter is that it is critical to respond to the tragic reality of anthropogenic climate change. In the words of Christian Ethicist Daniel Maguire, “If current trends continue, we will not.”