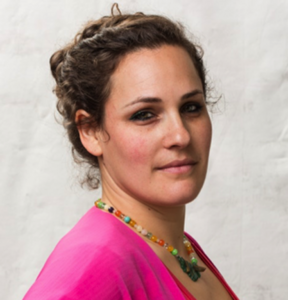 Alumna Merissa Nathan Gerson (MA, ’13), who earned her degree in association with the GTU’s Richard S. Dinner Center for Jewish Studies, is the driving force behind a campaign that encourages Jewish communities to oppose sexual violence and declare that “Consent is a Jewish value.” Among the recommended actions for Jewish communities involved in the “Ken Means Yes” campaign is to incorporate a brief reading of a Talmud-based script into services on Yom Kippur. You can find the recommended reading for Yom Kippur and other information on the campaign at www.kenmeansyes.org.

Merissa Nathan Gerson is a trained rape prevention worker and sex educator, whose writings on sexuality and Judaism have appeared in numerous publications, including The New York Times, The Atlantic, The New York Observer, Tablet, Playboy, and Elle. In addition to her MA with the GTU’s Center for Jewish Studies (where she focused on sex and gender as well as inherited trauma), Merissa has studied at the Pardes Institute of Jewish Studies, The Jewish Theological Seminary, The Academy for Jewish Religion, Hebrew College, Naropa University, Middlebury's Hebrew Language School, and The Kohenet Hebrew Priestess Institute, as well as with many rabbis across the country including the great Reb Zalman Schacter-Shalomi. Her work focuses on the inheritance of trauma and memory and how this impacts tradition.

For more information, watch Merissa's talk on "The Laws of the Land: Boundaries, Consent and Atonement," filmed at Repair the World: Detroit. In this talk, Merissa discusses Judaism’s very rich tradition of teaching about sex, consent, and pleasure. Merissa leads the viewer on an exploration of what it means for all Jewish bodies--across a range of gender identities--to respect, to honor, and to teach one another about consent.