Celebrating the GTU Class of 2016! 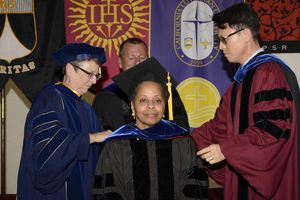 On a beautiful Thursday afternoon in Berkeley, fifty-seven graduates were honored at the GTU's 2016 Commencement Exercises. This year’s commencement ceremony was held on May 12, at the Pacific Lutheran Theological Seminary's Chapel of the Cross. Replay the live video stream of this year's commencement.

Dr. Judith Berling, the GTU’s Professor of Chinese and Comparative Religions, spoke on behalf of the GTU faculty, addressing the graduates with a speech entitled, "The Road Ahead: What Is Commencing?” Dr. Berling will be retiring this year, after twenty-nine years on the GTU faculty. 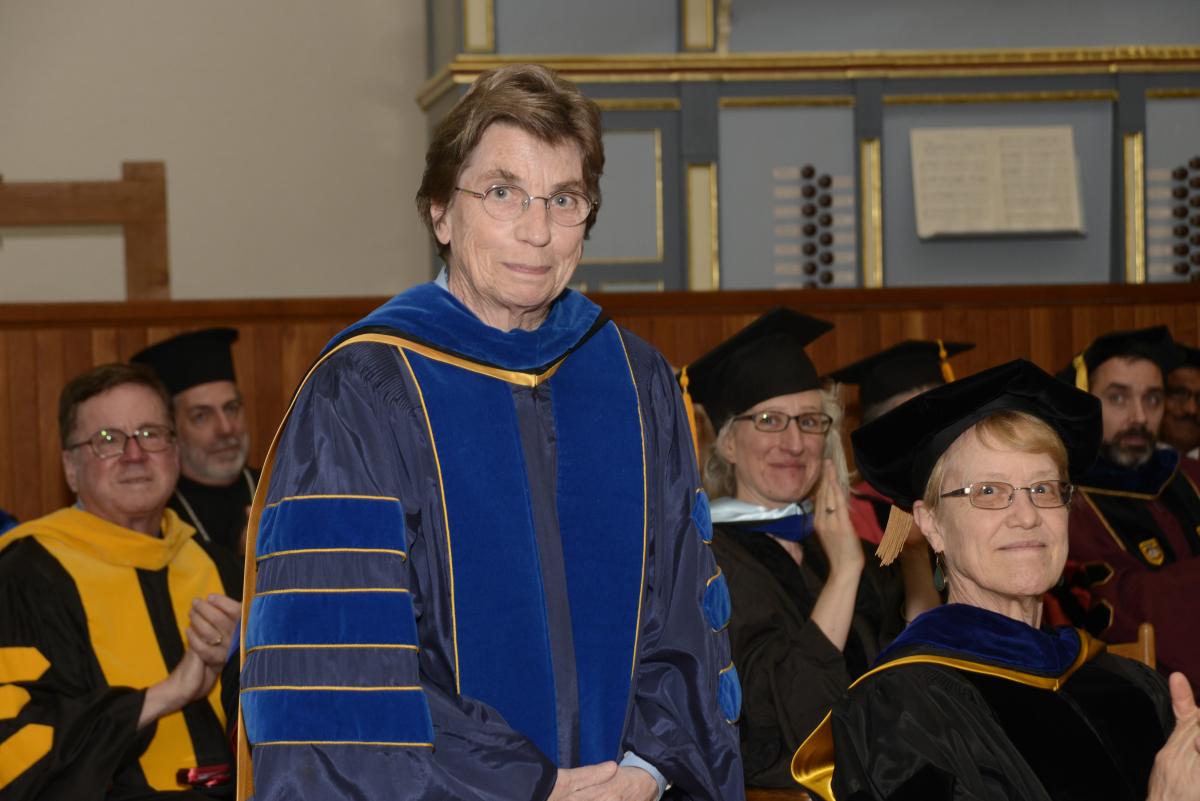 Barbara Green, OP, Professor of Biblical Studies at the Dominican School of Philosophy and Theology was announced as recipient of the Graduate Theological Union's 2016 Sarlo Excellence in Teaching Award. This award is granted each year to a member of the GTU faculty who exemplifies the values of interreligious sensitivity and commitment, interdisciplinary approach and content in teaching, sensitivity to ethnic and cultural diversity, and creative and effective classroom pedagogical methods and performance. Sr. Barbara will be featured in the Fall 2016 issue of the GTU’s Currents magazine.

On the evening before Commencement, the graduating class was honored at a reception hosted by the GTU Board of Trustees. The hard work and accomplishments of each graduate in attendance were celebrated publicly by a GTU faculty member with whom that graduate had worked closely. Robert Daren Erisman (PhD, Systematic and Philosophical Theology) offered remarks on behalf of the graduating class at the reception.

Special thanks to Pacific Lutheran Theological Seminary, a graduate school of California Lutheran University and one of the founding members of the GTU, for providing the infrastructure for streaming the video live.