Cecilia Gonzalez-Andrieu (PhD, '07) has been named a director of the Ignatian Solidarity Network. She is associate professor of theological studies at Bellarmine College of Liberal Arts, Loyola Marymount University.

Wendy Arce (PhD, ’16) is now serving as assistant dean for academic affairs at the GTU.

Virginia Burrus (MA, ’84, PhD, ’91) was named the GTU’s 2017 alumna of the year. Dr. Burrus is professor of religion and director of graduate studies at Syracuse University. She will be honored at the GTU alumni reception at AAR-SBL on November 18, and featured in the Spring 2018 edition of Skylight magazine.

Corrine Carvalho (MA, ’84) is serving as the interim dean in the School of Social Work at University of St. Thomas in St. Paul, MN.

Susan Chorley (MA, ’03) has been named executive director of Exhale, a nonprofit that seeks to address the emotional health and well-being of women and men after abortion.

Michael Crosby (PhD, ’85), passed away after a brief illness on August 5, 2017. A Capuchin friar, he will be remembered for his tireless activism in corporate boardrooms and in basilicas, bringing his faith to the service of socially responsible investment practices by corporations.

Faustino M. Cruz (MA, ’88) was named dean of the Graduate School of Religion and Religious Education at Fordham University. Fr. Cruz served as executive vice president and academic dean of the Franciscan School of Theology at the GTU from 2005–2011.

Eileen Donahoe (PhD, ‘06) began a new positon as executive director of the Global Digital Policy Incubator at Stanford University’s Center for Democracy, Development, and the Rule of Law in April. She previously served as director of global affairs for Human Rights Watch (2014–2016), and U.S. Ambassador to the United Nations Human Rights Council in Geneva (2010–2013).

Steve Georgiou (PhD, ’04), who broke ground at the GTU by teaching the first graduate level course on poet, mystic, and sage Robert Lax, won the Catholic Press Association’s Book Award, First Place for Poetry, for his book on Lax, In the Beginning was Love: Contemplative Words of Robert Lax (2nd edition, Templegate 2015).

Christina Hutchins (PhD, ‘08), was selected as the 2017 Poet in Residence at The Frost Place at Dartmouth College, New Hampshire. Her second full-length poetry collection, Tender the Maker, won the 2015 May Swenson Award.

Carmen Lansdowne (PhD, ‘16) is serving as executive director of First United Church Community Ministry Society in Vancouver, BC. An ordained minister in the United Church of Canada and a member of the Heiltsuk First Nation, Lansdowne speaks and publishes on issues of indigenous theology and indigenous-Christian relationships.

Kristin Johnston Largen (PhD, ’02) is now serving as associate dean of religious life and chaplain at Gettysburg College. In December she completes her term as co-dean of United Lutheran Seminary (Gettysberg/Philadelphia), where she will continue as professor of systematic theology after a year-long sabbatical.

Sr. Terese Maya (MA, ’91) began a year-long term as president of the Leadership Conference of Women Religious in August.

Marcia McFee (PhD, ‘05) is serving as resident Ford Fellow at San Francisco Theological Seminary for the 2017–18 academic year. McFee is a renowned expert in worship design who has worked with more than 700 congregations.

Cia Sautter (PhD, ’00) published The Performance of Religion: Seeing the Sacred in the Theatre (Routledge).

Angela Yarber (PhD, ’10) and Elizabeth Lee (PhD, ’11) were featured in a summer episode of the hit TV series Tiny House Nation, where they discussed their creation of an ecofeminist retreat center in Hawaii. Find out more about their work at www.holywomenicons.com.

Laurie Zoloth (PhD, ‘93) is now serving as dean of the University of Chicago Divinity School.

At the GTU, we celebrate the strong presence of women in graduate theological education. We’re proud of the high percentage of women among our current students, faculty, and graduates, particularly when compared to our peer schools. We are launching a campaign to collect and share 100 stories (or more!) of women scholars at the GTU, and we need your help. We invite you to share a short (100-word) paragraph reflecting on some aspect of your experience at the GTU—when you began to think of yourself as a scholar, when you felt mentored by a professor, or how the GTU supported your formation during your time here—plus a current photo and a one-line description of what you are doing now. We will highlight these stories on the GTU website and in social media. Please share your story by e-mail to admissions@gtu.edu. Thank you for your consideration, and for being part of what makes the GTU great!

See below for an example from a recent graduate, Beth Anderson (PhD, ’17). 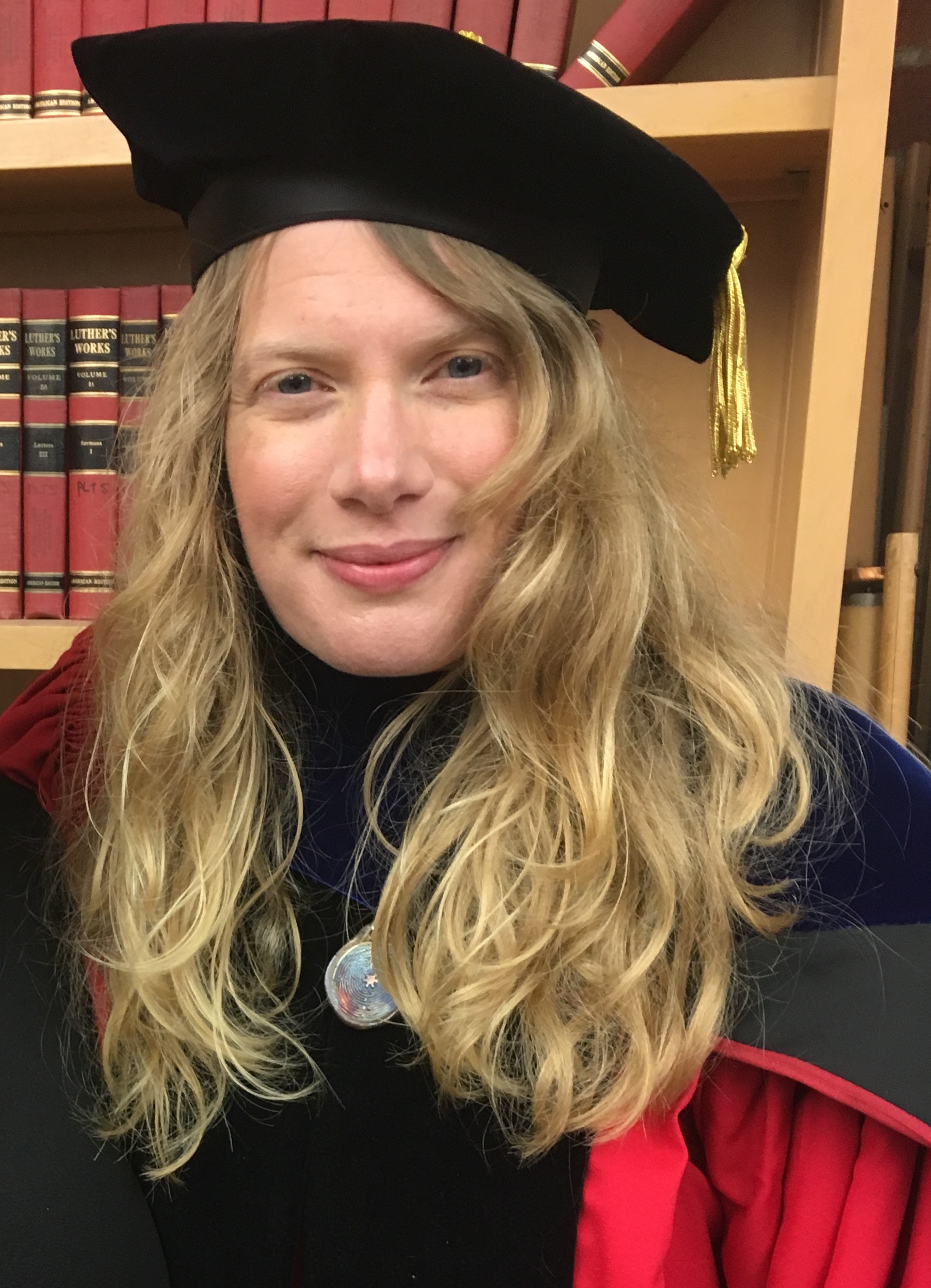 “My learning at the GTU was shaped not only by my academic mentors but also by my co-workers in the Student Services office and friends and colleagues from across the consortium. One story stands out: During the week preceding my oral comprehensive exams, a colleague from PSR noticed my stress levels rising and offered to give me a blessing just before the start of my exam. More than anything, her generosity and calm presence assured me I was in the right place. I successfully defended my work, and the experience became a touchstone for me as I moved on to writing my dissertation.”

Beth Anderson (PhD, ’17) coordinates a writing program in one of Berkeley's public schools.