Art & Religion at the GTU

Watch this short video to get to know the Art & Religion Faculty!

Since its founding in 1962, the GTU has been an innovator and leader in scholarship relating to religion and the arts. The interdisciplinary field at the GTU was initially given shape by GTU Professor Jane Dillenberger (d. 2014), a noted pioneer in the field of art and religion, who became widely known for her work on the presence of the sacred in modern art, starting with her landmark Secular Art with Sacred Themes, and later monographs on Andy Warhol (1998) and Pablo Picasso (2014, co-authored with John Handley). Over an academic career that spanned over 50 years, Prof. Dillenberger curated a number of significant shows at SFMOMA and the Newark Museum of Art, including the large exhibition “The Hand and Spirit: Religious Art in America, 1700-1900” (with Joshua Taylor), now seen as an important early restitution of the role of spirituality in American aesthetics. She frequently collaborated on exhibitions and co-taught classes with Peter Selz (d. 2019), the legendary curator and art history professor at UC Berkeley, who served on the GTU Flora Lamson Hewlett library exhibition committee until his death at age 100.

Prof. Dillenberger was renowned for the lively and elegant salons that she held for friends and students in her home in the Berkeley Hills, where art was discussed and debated over cocktails, with works by Stephen De Staebler, Gustav Moreau, Christo, and Pablo Picasso on the walls.

Over the years, Prof. Dillenberger helped cultivate the Art and Religion area at the GTU into a robust concentration with full-time faculty at GTU member schools, including positions held by Dr. Michael Morris, OP (Dominican School of Philosophy & Theology) (d. 2016), Dr. Doug Adams (Pacific School of Religion) (d. 2007) (who is remembered by the art gallery that bears his name), and Thomas E. Bertelsen Jr., who endowed a Chair in Art History and Religion at the GTU and the Jesuit School of Theology—a teaching and research professorship that has been occupied by Reindert Falkenburg (1999-2003), Mia Mochuzuki (2005-2014), and Kathryn Barush (2014 - present). Today, the field of art and religion at the GTU has broadened its scope to focus on a wide range of art and artifact types, viewed through socially relevant themes such as ecology and sustainability, and environmental and social justice.

Dr. Kathryn Barush takes a cross-disciplinary approach to art history and is especially interested in chronicling expressions of belief across a number of religious traditions. She values a contextual and hands-on approach to learning - her students closely study ritual objects and sacred artworks up-close and in person wherever possible. Such objects, especially in places of prayer and worship but also as re-contextualized in the secular space of public museums, offer crucial insights into the study of historic and contemporary lived religion, devotional practice, and popular piety. She is interested in how art shapes culture and vice-versa

Dr. Devin Zuber, who came to GTU in 2011, with background and training in literature and cultural studies, has helped broaden Art and Religion at the GTU to fully incorporate literature and poetry as part of its arts curriculum—since 2018, the doctoral program has now featured a concentration in “religion and literature.” With his specialization on the transatlantic history of Romanticism, in particular the work of the American Transcendentalists such as Henry David Thoreau and Ralph Waldo Emerson, Dr. Zuber’s research and teaching continue to explore what the study of religion and art means in a time of climate change. 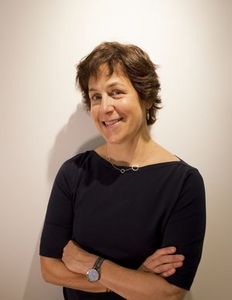 Dr. Elizabeth S. Peña brings her background as an archaeologist to topics related to material culture theory, cultural heritage, and museum studies, with a particular interest in context and perception. Dr. Peña serves as Director of the Center for the Arts & Religion (CARe), which serves the hub for the arts and religion at the GTU. Exhibitions at the Doug Adams Gallery are enhanced by scholarly lectures and panel discussions, but also by performances and events that demonstrate the strength of a unified arts approach, in which music, dance, theater, literature and poetry, and the visual arts complement and bolster one another. Through CARe, students have opportunities to co-curate exhibitions, publish essays in exhibition catalogs, create and organize events, and receive grants to support arts-based research and activities.

In addition to the resources provided by CARe, Art and Religion at the GTU is further bolstered by additional core doctoral faculty with expertise in aesthetics and the arts, as well as the renowned faculty at the University of California, Berkeley, who often serve as advisors and readers.

To meet all of the Art & Religion Faculty members, visit CARe's blog or the GTU faculty page.

Center for the Arts and Religion Research Scholarship

The GTU's Center for the Arts & Religion is pleased to offer a tuition scholarship of $10,000 per year for two consecutive years to a PhD student who will focus on the visual and material cultures of religion and/or a project at the intersection of religion and literature.

The research interests of the CARe Research Scholar must align with those of faculty in the Arts and Religion Concentration (Department of Historical and Cultural Studies of Religion) and may include scholarly work related to the GTU's collections or exhibitions. PhD students should specify their interest in working with one (or more) of the GTU's Art and Religion faculty members.

Please note, this scholarship is only open to admitted PhD students. If you are interested in this scholarship and you have not yet applied to our PhD program, please get in touch with Admissions at admissions@gtu.edu and start your application.

“I have always taught that inside great works of art, we have the artist's vision encapsulated somehow. And when we truly yield ourselves to the image and look carefully at what we're seeing, it's possible for us to actually participate in that vision. That's a moment of ecstasy, an experience when we are out of ourselves—that's what ecstasy means, to be out of yourself. And to me that's a great religious moment.” - Jane Dillenberger, 2008