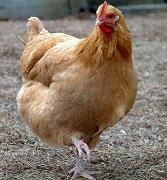 Few people know about the harsh lives of approximately 10 billion animals raised on U.S. factory farms every year before appearing on our dinner plates.

One who knows much about these animals is Christine Gutleben, M.A. ’05. Gutleben is director of the Animals and Religion program of The Humane Society of the United States (HSUS) and co-producer of the film Eating Mercifully, which showcases the plight of these animals, and profiles people who are engaged in what the Humane Society calls “the ethics of food and faith.” The film premiered at the Washington National Cathedral last fall.

The HSUS Animals and Religion program – the first of its kind in the animal protection movement – is an interfaith program engaging religious people and institutions on an array of critical animal protection issues. One of the program’s major initiatives is Food, Farming and Faith, which recognizes the central role of food in religious traditions and promotes faithful stewardship of animals in agriculture.

In addition to farm animal welfare, the Animals and Religion program focuses on such issues as stricter laws regarding cock fighting in the Southern states, and supporting the ban on Sunday hunting. In California, the program sought the endorsement of religious leaders for the passage of Proposition 2, known as the Standards for Confining Farm Animals initiative. At GTU, it helped ensure that the PSR cafeteria exclusively uses eggs from cage free chickens.

Of her unusual job, Gutleben says, “I couldn’t have pursued my interest [in animals and religion], much less be encouraged to do so, anywhere else [than the GTU]. I had a professor who challenged me to go and work with animals for the experience, so I did. I went and spent a summer working on a farm.”