A Grand Experiment for Divining Nature 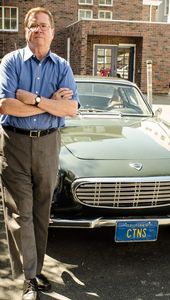 An Interview with Robert J. Russell, Director of the Center for Theology and the Natural Sciences

Science and Religion have always been thought of as diametric opposites, searching for different truths. One need only think of Galileo and Copernicus. How have these poles been brought closer together?

The statement about science and faith always being in conflict is a myth, as exposed by Ronald Number’s book, Galileo Goes to Jail and Other Myths About Science and Religion. Many of the founders of modern science were persons of deep religious faith.

Two major works published about 100 years ago1 propagated the warfare myth to the point of taking over our culture. Of course, we have seen an increase in militant atheism which claims science as supporting it and in reaction some Christians believe this claim and reject science. Fortunately you have the really creative work of organizations like CTNS that promote a responsible dialogue and even the creative mutual interaction between faith and science.

In the past few years, what scientific advances have caught the attention of CTNS?

There has been a lot of work in a variety of fields such as cosmology, evolutionary biology, genetics, anthropology, and neuroscience, that provide rich opportunities for theological reflection. For example, I have explored the possibility of viewing God as acting in the world without breaking the laws of nature. Quantum mechanics seems to show that nature, at least at the sub-atomic level, is not fully determined by natural processes. And if that is the case, you can think of God acting in and through nature without stopping or disrupting natural causes. That is why I call it NIODA – non-interventionist objective divine action.

How do we think about the tradition of the Imago Dei, being created in God’s image, in light of the competition between four, five or six dominate hominid species with ours surviving and winning out. In a nutshell, when did the Imago Dei come about and why did God choose us and not some other hominid species? Two of my doctoral students are both working on this problem and taking very different views on it.

And then there are recent discoveries in human genetics that influence how we understand the relationship between genetics, behavior, and religious beliefs? For example, how much are our capacities say for altruism or for violence genetically predisposed, that is not determined but at least influenced by our genes, and how much sway do our moral views have over our behavior?

Your new book Time in Eternity – will it be your legacy to this field? For all of us non-scientists, what is this book about and how should it impact the way we think?

I hope it will be part of my legacy [smiling]. It’s a very technical book but I hope it will have some impact on its theological and as well as its scientific readers. I came to seminary wanting to think about resurrection in light of cosmology, and God’s eternity in relation to the way physics understands time. I hope I’ve made some progress in probing these issues through writing this book.

What does it mean to have completed the endowment for the Ian G. Barbour Chair?

It is just an outstanding accomplishment, and a fitting tribute to the pioneer of religion and science. It’s been a challenge to raise funds in our current economic environment. But we were given a $400K matching grant from the John Templeton Foundation in 2009 and we completed the match this summer. I think it’s amazing that because of the Barbour Chair there will always be a professor teaching science and theology here at the GTU. There are very few chairs like it anywhere. It is particularly important that it is at the interreligious and interdisciplinary environment of the GTU.

How has CTNS benefitted from its relationship to GTU over the years? And vice-versa?

The benefit for CTNS is the unique intellectual, spiritual and cultural environment of the GTU. The GTU is a place where a program like CTNS can flourish because our questions go beyond strictly denominational issues and get at the heart of the science/religion interaction.

How does God relate to the world in the light of science?  What are human origins and destiny in light of evolution and big bang cosmology? What does it mean to be a moral and rational agent in the world given the discoveries of neuroscience and the cognitive sciences? Here at CTNS we seek to respond to these questions by drawing upon the wisdom of the various religious traditions represented at the GTU.

But we’ve also had a history that extends outside the GTU and brings to the GTU a wider international audience. For example, our “Science and Religion Course Program” had world-wide impact in sponsoring over three hundred new courses in science and religion internationally. Our “Science and the Spiritual Quest” program brought one hundred twenty world class scientists of every world religion into the public arena to present their views on doing science as a spiritual journey as illustrated here. For Paul Davies, a Christian, discovering the laws of nature is a way of reading the mind of God. For Medego Shami, a Muslim, the purpose of science is to take ownership of and care of the world as Allah would. In this and many other ways, we’ve offered the GTU a connection to a world-wide adventure in science and religion.

So the GTU has been the right place and really the only place for a program like CTNS. We have brought dozens of doctoral students to the GTU and the GTU has provided an ideal environment for their research. At the same time we have taken the GTU’s message of ecumenical and interreligious dialogue into the international community of scholars and scientists exploring issues in science and religion. I think it has been an immensely rewarding partnership and I am personally very grateful for it.

Learn more about the work and programs of CTNS by visiting www.ctns.org.