“Launching a new program is always challenging. But we engaged many exceptional partners and were blessed with outstanding students. Everyone brought something to the table; everyone wanted it to work. It was a winning proposition all around and none of this would have been possible without the generosity of the Henry Luce Foundation and the Social Science Research Council.”

That’s what Center for Islamic Studies (CIS) Director Munir Jiwa says about the first year of the center’s M.A. program in Islamic Studies, which last year had five students, seven affiliated and adjunct faculty, and three visiting scholars. Jiwa says the students are not only studying hard, but they are applying what they’re learning by engaging various Muslim and other religious and interfaith communities, media, the arts, business, politics, education and pedagogy. 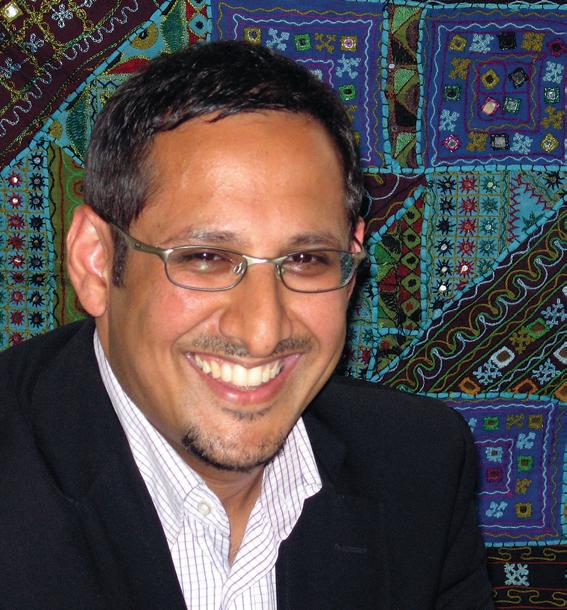 The center’s affiliated and adjunct faculty and visiting scholars are teaching and researching in areas as diverse as theology and philosophy, anthropology, interreligious studies, and Islamic art. “They not only enhance our program through their scholarship and teaching,” Jiwa says, “but they actively participate in the life of CIS, attending public events and conferences at the GTU, UC Berkeley, and beyond.”

With a generous grant from the Social Science Research Council, CIS was able to create a vibrant network of Bay Area Muslims and Media in the Bay Area. This network brought CIS together with a range of partners to host numerous events last year. “We and each of our partners brings a different dimension to increase the understanding of Islam and Muslims,” says Jiwa. “For example UC Berkeley offers academic expertise in anthropology, ethnic studies, education, journalism, business, and law. Zaytuna College brings the classical tradition to bear on contemporary issues and offers a wide range of academic programs and events. These are unique partnerships hard to find anywhere else in the nation.”

Among the many events hosted last year by CIS and its partners were:

Islam and Authors: CIS, Islamic Cultural Center of Northern California (ICCNC), Islamic Networking Group and others sponsored Islam and Authors: Conversations Onstage, a series in 2010-2011 in which leading scholars, journalists, poets, and others discussed their latest works that relate to Islamic culture, politics, theology, and history.

Tariq Ramadan on Islamic Reforms and the Arab Revolution: Approximately 200 people attended this lecture, held on the UC Berkeley campus in April and sponsored by CIS, the Center for Race and Gender-UC Berkeley, Zaytuna College, and others. Dr. Ramadan, one of the foremost scholars of Islam today, discussed what the Arab Spring means for Islam, democracy, and future changes across the Middle East and North Africa.

Religious Norms and the Public Sphere: UC Berkeley’s Institutions and Governance Program-Institute for International Studies, with CIS and others, hosted a two day conference in May entitled Religious Norms and the Public Sphere: The Challenge. Outstanding international and interdisciplinary scholars explored recent issues that have sparked debate over the compatibility of Islam with so-called “western norms.” They also considered issues pertaining to Christianity, Judaism, the connection and/or disconnection of culture and religion, and the rights of majority religions vs. minority religions in various countries.

CIS-sponsored events are off to a great start again this year. On the 10th anniversary of 9/11, CIS sponsored with Zaytuna College and the Oakland Diocese a Catholic- Muslim interfaith dialogue entitled: Conversations We Never Had After 9/11.

Also in September, with the Muslim Association of the Bay Area, Islamic Cultural Center of Northern California, Zaytuna College, and others, CIS cosponsored No God but God, Ten years After 9/11: A Conversation with Reza Aslan. The renowned author, scholar, and public intellectual spoke about the wave of revolutions spread throughout the Middle East as a revolution for the spiritual direction of Islam.