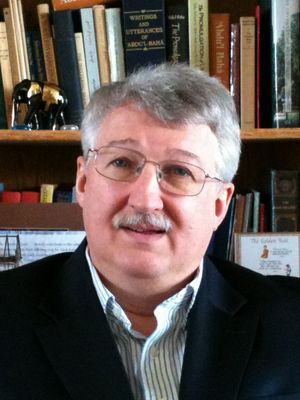 I have had a passion for researching and teaching about the Bahá’í Faith for more than half of my life. My fascination with American Bahá’í history and with the first American Bahá’í, Thornton Chase, caused me, in 1980, to switch my academic field from planetary science to history of religion in the United States. As I was finishing my doctorate in that field at Harvard University in 1990, I drew up plans to create a Bahá’í Studies institute that would offer courses, encourage research, and publish. Instead, I was hired by the National Spiritual Assembly of the Bahá’ís of the United States to start a research office at our national Bahá’í headquarters in Wilmette, Illinois. Some of the responsibilities of the research office led to the creation of the Wilmette Institute, which ​focuses on most of the tasks of the institute I originally conceived. Meanwhile, I have also remained involved in academia, teaching religious studies part time at DePaul University in Chicago and currently at Indiana University South Bend, just a mile from home. I have also published four books on aspects of Bahá’í history (including a biography of Thornton Chase) and one introductory textbook on the Faith.

Listen to Robert’s interview on ‘A Bahá’í Perspective’ podcast

A Resource Guide for the Scholarly Study of the Bahá'í Faith (Wilmette, Ill: Bahá'í Research Office, 1997), coauthored by Jonah Winters.