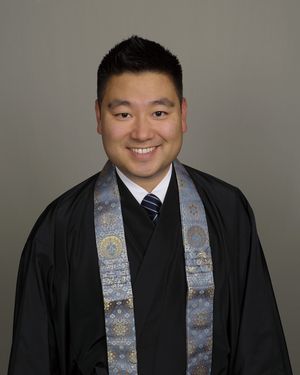 Rev. Dr. Takashi Miyaji has been a minister since 2014 and currently works as a part-time minister at the Southern Alameda County Buddhist Church in Union City, CA. In addition, he teaches as an assistant professor at the Institute of Buddhist Studies in Berkeley, California since September of 2020.

Takashi received his Tokudo and Kyoshi qualifications at the Honpa Hongwanji school located in Kyoto, Japan.

English translation of Gomonshu’s (Head Priest of Nishi Hngwanji) book entitled, Moving Forward Just As You Are: Living in These Uncertain Times 『ありのままに、ひたむきに』

A member of the Shin Buddhism Translation Series, a translation committee that completed the English translation of Tanluan’s works: Commentary on the Treatise on the Pure Land, and Gathas in Praise of Amida Buddha.

English translation of the book into English entitled Ryu-dai, The First Step: “The Founding Spirit” of Ryukoku University

“An Examination of Shinran’s Notion of Doubt: Particularly in the Scope of the Ōjōyōshū” in Journal of Indian and Buddhist Studies, Vol. LXIII No. 2 (March 2015)