Consortial Faculty
At the GTU since
2022
Wilmette Institute (WI) 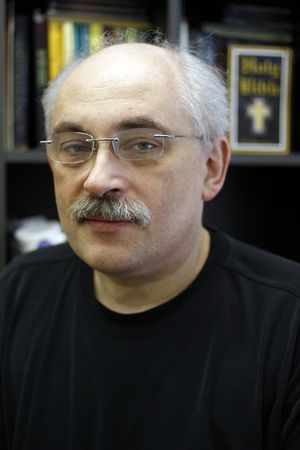 Mikhail Sergeev (Ph.D. in religious studies from Temple University, 1997) is a religion, philosophy, and modern art historian. He has served as an editor of the book series Contemporary Russian Philosophy at Brill Publishers in the Netherlands (2016–2019) and as chair of the Department of Religion, Philosophy, and Theology at the Wilmette Institute (2017–21). Sergeev teaches courses in humanities at the University of the Arts, Philadelphia, and the Graduate Theological Union (Berkeley, California). He is also an Affiliate Professor at the United Theological Seminary of the Twin Cities in New Brighton, Minnesota. Sergeev has published more than two hundred scholarly, literary, and journalistic articles in the United States, Canada, Great Britain, the Netherlands, Poland, Czech Republic, Greece, Slovakia, Russia, Japan, Kyrgyzstan, Uzbekistan, and Azerbaijan. He is the author and contributing editor of thirteen books, including Russian Philosophy in the Twenty-First Century: An Anthology (Brill, 2020).