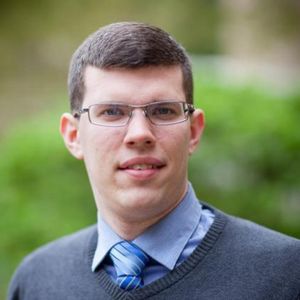 As a scholar of the New Testament and early Christianity, Dr. Coogan focuses on Gospel reading, manuscripts, and early Christian philology. His current book project, tentatively titled The Invention of Gospel Literature, investigates how early Christians deployed literary and bibliographic categories to understand similarities and differences between Gospel texts. This novel account of ancient literary criticism seeks to inform conversations about public reason, the nature of theological discourse, and literary and scriptural canons.

Dr. Coogan’s first book Eusebius the Evangelist (Oxford University Press, 2022) demonstrates how the fourth-century CE scholar Eusebius of Caesarea employed emerging technologies to create new possibilities for encountering the Gospels of Matthew, Mark, Luke, and John as a unified corpus. For over a thousand years, the “Eusebian apparatus” shaped Gospel reading in the Middle East, North Africa, Central Asia, and Europe. This neglected history is central to the formation of the New Testament and to the ongoing reception of Gospel literature.

“The Ways that Parted in the Library: The Gospels according to Matthew and according to the Hebrews in Late Ancient Heresiology,” Journal of Ecclesiastical History.