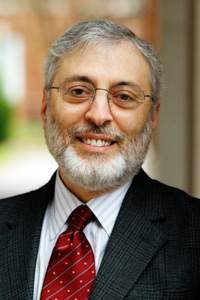 Dr. Schweig is Distinguished Research and Teaching Fellow at the Center for Dharma Studies. Schweig joined the faculty of Christopher Newport University in the fall of 2000. Prior to coming to CNU, he was a teaching fellow at Harvard University, lecturer at University of North Carolina and Duke University, and while teaching at CNU, he was for two years, Visiting Associate Professor of Sanskrit at the University of Virginia. He has been recognized several times for excellence in teaching, including the annual Alumni Faculty Award for Teaching and Mentoring (2013), and has been a regularly invited lecturer at the Smithsonian Institution in Washington, DC for over ten years. He has also given lectures widely in the US and in Europe, and has been invited to be a consultant on doctoral dissertation committees or a doctoral dissertation examiner in the US, Europe, India, and Australia. He has conducted yoga workshops, offered seminars and given lectures around the US and Europe for over 20 years. In addition to his academic endeavors, Dr. Schweig has been a student of many traditional teachers of yoga. He has travelled to India seven times, and has been a practitioner of traditional and heart-centered yoga for over 45 years.

MA in Religion, University of Chicago