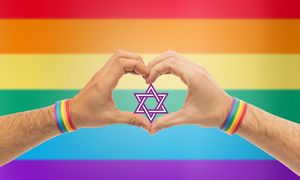 Learn about the pioneers, milestone events, and inspirational moments that marked the early decades of the movement for LGBTQ rights in the American and European Jewish communities.  This presentation – by the two leading scholars of Jewish queer history – will explore the emergence of a specifically Jewish call for inclusion as well as some of the religious and cultural implications.

Register here for this event which will take place ONLINE via Zoom.

Dr. Gregg Drinkwater is a lecturer in history and Jewish studies at the University of Colorado, Boulder, and will be the Norman and Syril Reitman Visiting Scholar at the Bildner Center for the Study of Jewish Life at Rutgers University in 2021. His research focuses on sexuality, gender, and Judaism in the modern United States. He has published “Creating an Embodied Queer Judaism: Liturgy, Ritual and Sexuality at San Francisco’s Congregation Sha’ar Zahav, 1977-1987” in the Journal of Modern Jewish Studies, and is working on a book on the history of gay and lesbian synagogues and their role in incubating queer Jewish space. He is the co-editor of Torah Queeries: Weekly Commentaries on the Hebrew Bible (NYU Press, 2009). 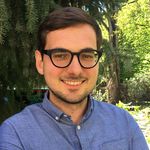 Jan Wilkens is a Ph.D. Candidate at the University of Potsdam (Germany). He holds an M.A. in Jewish Studies and a B.A. in Judaic Studies/Middle Eastern Studies. His research interests include the Jewish LGBTQ+ community, Jewish-feminist discourses, Gender Research, commemorative culture in Europe and Israel as well as provenance research. His master’s thesis (published in November 2020 and accessible via OpenAccess) analyzes the early years of the world’s first gay outreach synagogue, Beth Chayim Chadashim in Los Angeles. For his Ph.D. thesis, funded by the German Academic Scholarship Foundation, he focuses on queer Jewish groups in Europe, the entanglements between each other, and their connections to gay outreach synagogues in the U.S.Co-sponsored by the CLGS Jewish Roundtable and the LGBTQ Religious Archives Network.