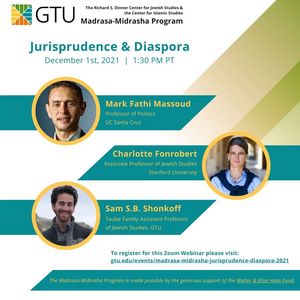 Dr. Fonrobert's talk is titled "Dina de-malkhuta dina: Rabbinic Diaspora Jurisprudence." From its early beginnings halakhic discourse is grounded in a political reality in which rabbinic law is confronted with the legal institutions of others. The famous talmudic maxim - dina de-malkhuta dina - the law of the kingdom/ state is the law - articulates this political experience of Jewish/ rabbinic diaspora. Already in the Mishnah the question what kind of authority should be accorded to the legal institutions of others plays a significant role, particularly in matters of mmarriage. Dr. Fonrobert will briefly trace the historical development of rabbinic halachah as diaspora law with a focus on the issue of divorce, and consider the implications for a feminist theory of diaspora.

Dr. Massoud's talk is the title of his new book: "Shari'a, Inshallah: Finding God in Somali Legal Politics." Based on extensive historical research, fieldwork, and interviews, Shari'a, Inshallah documents nearly 150 years of attempts by the Somali people in the Horn of Africa to use Islam to build national identity, strengthen human rights, and promote the rule of law — including attempts by contemporary women's rights activists to push for gender equality by invoking shari'a.

The discussion will be moderated by Dr. Sam S.B. Shonkoff who is the Taube Family Assistant Professor of Jewish Studies at the GTU's Richard S. Dinner Center for Jewish Studies. 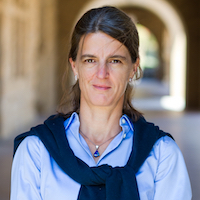 Charlotte Fonrobert is Associate Professor of Jewish Studies at Stanford University where she specializes in Judaism: talmudic literature and culture. Her interests include gender in Jewish culture; the relationship between Judaism and Christianity in Late Antiquity; the discourses of orthodoxy versus heresy; the connection between religion and space; and rabbinic conceptions of Judaism with respect to Greco-Roman culture. She is the author of Menstrual Purity: Rabbinic and Christian Reconstructions of Biblical Gender (2000), which won the Salo Baron Prize for a best first book in Jewish Studies of that year and was a finalist for the National Jewish Book Award in Jewish Scholarship. She also co-edited The Cambridge Companion to the Talmud and Rabbinic Literature (2007), together with Martin Jaffee (University of Washington). Dr. Fonrobert is currently visiting faculty at the Richard S. Dinner Center for Jewish Studies at the Graduate Theological Union. 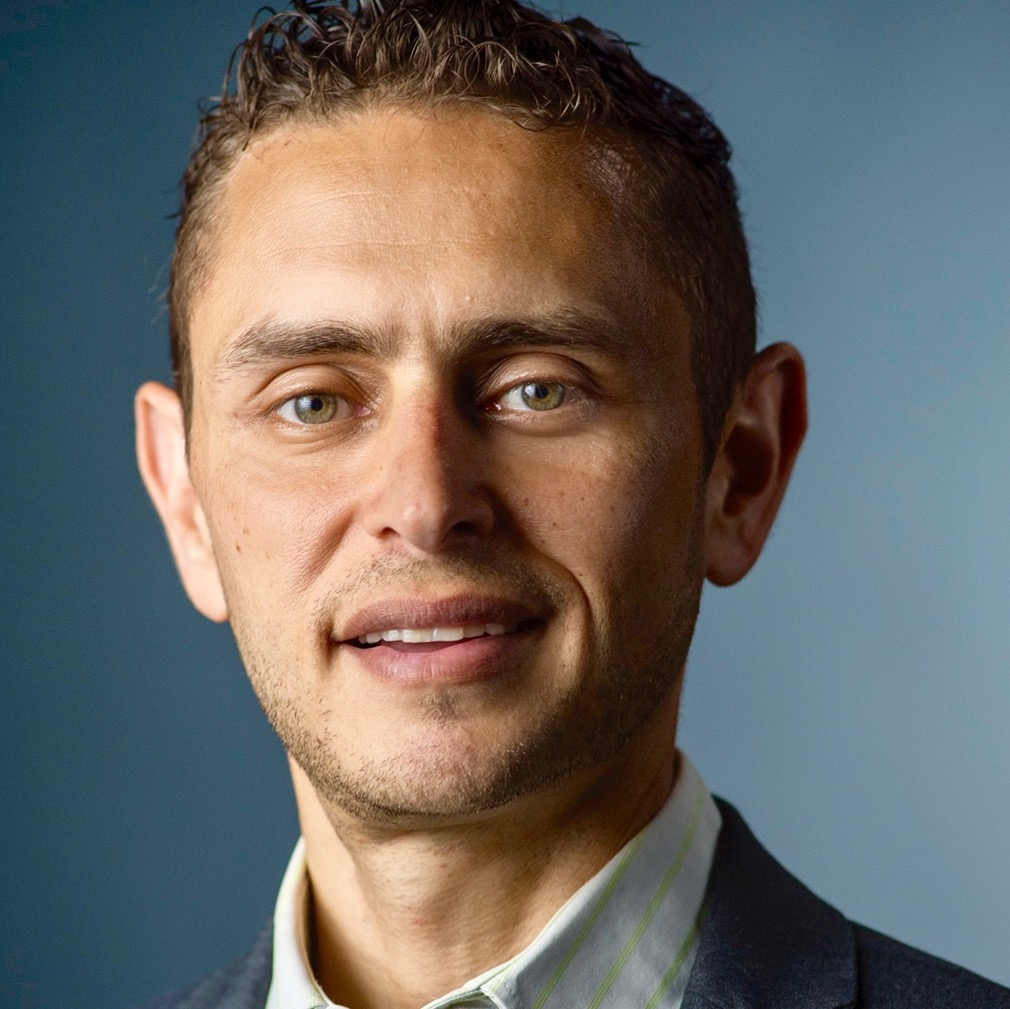 Mark Fathi Massoud is professor of politics at UC Santa Cruz, and visiting professor of law at the University of Oxford. Massoud was a visiting scholar at the GTU Center for Islamic Studies in 2017-2018 while under a Mellon New Directions Fellowship. He is the author of two books, both with Cambridge University Press: Shari'a, Inshallah: Finding God in Somali Legal Politics (2021) and Law’s Fragile State: Colonial, Authoritarian, and Humanitarian Legacies in Sudan (2014), based on field research on law and religion in eastern Africa. Most recently, he received a Guggenheim Fellowship. 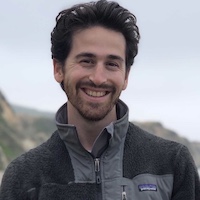 Sam S.B. Shonkoff is the Taube Family Assistant Professor of Jewish Studies at the GTU, where he teaches on Jewish religious thought, modern Jewish cultures, and methods in theology, ethics, and the historical-cultural study of religions. His research focuses primarily on German-Jewish thought and Hasidism, as well as appropriations of Hasidic spirituality in relatively secular spheres. Shonkoff’s current book project investigates themes of embodiment in Martin Buber’s representations of Hasidism vis-à-vis the original sources. He is co-editor with Ariel Evan Mayse of Hasidism: Writings on Devotion, Community and Life in the Modern World (Brandeis University Press, 2020) and the editor of Martin Buber: His Intellectual and Scholarly Legacy (Brill, 2018).