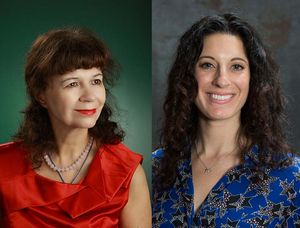 The wounds caused by WWII are not yet healed, and this is particularly the case in relation to Polish land occupied by both Nazi and Soviet regimes alike. The Holocaust was silenced in this part of Europe until the Iron Curtain fell; much longer than elsewhere in Western Europe. Different historical narratives and collective memories linked to the constructions of national identity still divide Western and Central-Eastern Europe. Despite political binding resulting from membership of Poland in international organizations, the complex attitudes of Poles towards the Holocaust are one of the themes still not included in historical narratives and curricula. The history of the Holocaust still waits for contextual approaches, particularly when we face abuses of Holocaust memory. Dr. Jolanta Ambrosewicz-Jacobs will argue that a "politics of pride" - replacing the former "politics of shame" - is connected to intergenerational transmission of long-lasting denial of facts in Polish national histories.

This event is co-sponsored by the Jewish Family and Children's Services Holocaust Center.

Dr. Jolanta Ambrosewicz-Jacobs is a scholar of the Kosciuszko Foundation. She teaches at the UNESCO Chair for Education about the Holocaust at the Institute for European Studies at the Jagiellonian University (JU) where between 2008 and 2017, she was the Director of the Center for Holocaust Studies. She was 2011/2012 Ina Levine Invitational Scholar at the United States Holocaust Memorial Museum, a Pew Fellow at the Center for the Study of Human Rights at Columbia University, a visiting fellow at Oxford University and Cambridge University, and was a DAAD fellow at the Memorial and Educational Site House of the Wannsee Conference.

Dr. Jolanta Ambrosewicz-Jacobs is the author of Me – Us – Them. Ethnic Prejudices and Alternative Methods of Education: The Case of Poland (2003); Tolerancja. Jak uczyć siebie i innych [Tolerance. How to Teach Ourselves and Others] (2003, 2004); was the editor of The Holocaust Voices of Scholars, (ed.) (2009) and co-editor of Pamięć. Świadomość. Odpowiedzialność. Remembrance. Awareness, Responsibility (with K. Oleksy), (2008), Why Should We Teach about the Holocaust? (with L. Hońdo) (2005), International Holocaust Remembrance Alliance (Ed.), and Research in Teaching and Learning about the Holocaust: A Dialogue Beyond Borders. Edited by Monique Eckmann, Doyle Stevick and Jolanta Ambrosewicz-Jacobs, IHRA series, vol. 3, Metropol, Berlin 2017.

Her current book project entitled Perpetrators on the Periphery of Genocide: Italian Police during the Holocaust, examines the role of the Italian police during Fascism (1922-1943) and under German occupation (1943-1945). Scrutinizing the actions of ordinary police, Dr. Herr questions whether geographical and temporal limits play a role in determining whether one’s actions make her/him a perpetrator of genocide.