ONLINE via Zoom. See below to register for this CLGS ONLINE event., 1798 Scenic Avenue Berkeley, CA 94709

Click here to register in advance for this Online Symposium! 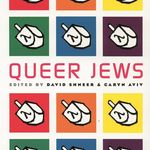 The groundbreaking anthology Queer Jews (Routledge, 2002) centered the voices of over two dozen LGBTQ Jews who were re-envisioning American Jewish culture by creating new communities and making room for themselves as openly, unapologetically queer and Jewish. Queer Jews highlighted the bold voices of a generation of LGBTQ Jews creating new models of inclusion that spoke to the needs of all marginalized Jews. It captured a moment in Jewish history, when queer theory, feminism, and lived experience combined to bring about revolutionary ways of understanding Jewish tradition and innovation.

The anthology’s editors, Caryn Aviv and David Shneer, were themselves part of that revolution, as scholars of Jewish culture, activists for social change, and visionary Jewish professionals. Aviv’s and Shneer’s work and lives exemplified a new vision of Jewish spirituality, communal and familial structure, and cultural engagement. After many years in academia and serving as the co-founder and director of several Jewish communal organizations, Aviv was ordained in January 2020 as a rabbi. Sadly, in November 2020, Shneer, a beloved professor at the University of Colorado and former director of that university’s program in Jewish studies, died at the age of forty-eight.

Now, twenty years after the initial publication of Queer Jews, the Center for LGBTQ and Gender Studies in Religion (CLGS) at Pacific School of Religion is hosting a symposium in honor of the role the book played in re-imagining the American and global Jewish worlds, and in memory of David’s many gifts and contributions to queer Jewish life. 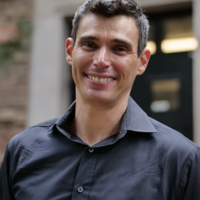 Keshet: For LGBTQ Equality in Jewish Life and The Richard S. Dinner Center for Jewish Studies (CJS) at the Graduate Theological Union.