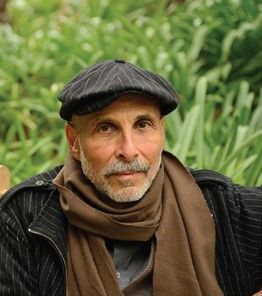 Eighty years from now, in a time of increasing environmental degradation and after one sixth of the Earth’s population has died in a vast pandemic, a noted rabbi in Brooklyn hosts a convocation for Jewish clergy and scholars from every background. Her vision: to create a new Talmud for living in dangerous times. Over the course of five years the attendees work to compile a text in multiple genres, but their text is never completed.

Eighty years later still, a single laptop is discovered that contains fragments of their work; those fragments form this book. There are texts of hope, humor, despair, rage, and simple witnessing of a dying world—which may or may not be our world.

Andrew Ramer is an ordained maggid (sacred storyteller) and the author of three prior thematically-linked books: Queering the Text: Biblical, Medieval, and Modern Jewish Stories; Torah Told Different: Stories for a Pan/Poly/Post-Denominational Era; and Deathless: The Complete, Uncensored, Heartbreaking, and Amazing Autobiography of Serach bat Asher, the Oldest Woman in the World. A number of his prayers and poems appear in the siddur of Congregation Sha’ar Zahav. His literary and personal collected works are housed in the CLGS Archives.