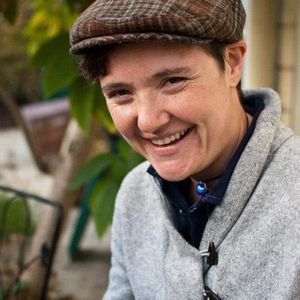 In 2014 NCLR (The National Center for Lesbian Rights) launched Born Perfect: The Campaign to End Conversion Therapy by passing laws across the country to protect LGBT children and young people, fighting in courtrooms to ensure their safety, and raising awareness about the serious harms caused by these dangerous practices.

Dev Cuny is a storyteller, activist, and restorative justice practitioner who speaks out about the harms of conversion therapy as an ambassador for the #BornPerfect: The Campaign to End Conversion Therapy.  Dev has shared their story in many documentaries and media outlets including Huffington Post, The Guardian, VICE, New York Magazine’s The Cut, The Advocate, and Mashable.  Graduating with a Master of Divinity degree from Starr King School for the Ministry, Dev is a person of faith working to create a world where every person feels loved and accepted for who they are.