"A Sacred, Powerful Woman Housed in a Man’s Body"

Join CLGS at Pacific School of Religion for the Sixth Annual Georgia Harkness Lecture, delivered by Dr. Melissa M Wilcox. This lecture will explore some of the ways in which the Sisters of Perpetual Indulgence, a non-religious order of self-proclaimed “twenty-first century queer nuns”, trouble religion and gender through their efforts to fulfill their mission of promulgating universal joy and expiating stigmatic guilt. Melissa M. Wilcox is Associate Professor of Religion and Gender Studies at Whitman College. 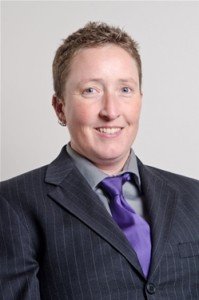 Melissa M. Wilcox is Associate Professor of Religion and Gender Studies at Whitman College. She has taught in the Gender Studies Program and the Religion Department at Whitman since 2003, and has spent several years as director or chair of each department. Professor Wilcox has spent her career investigating religious and spiritual beliefs, practices, and identities in LGBTQ communities, both in the U.S. and internationally. In addition to publishing numerous articles on gender, sexuality, and religion, she has written or edited several books including Queer Women and Religious Individualism, Sexuality and the World’s Religions and Coming Out in Christianity.