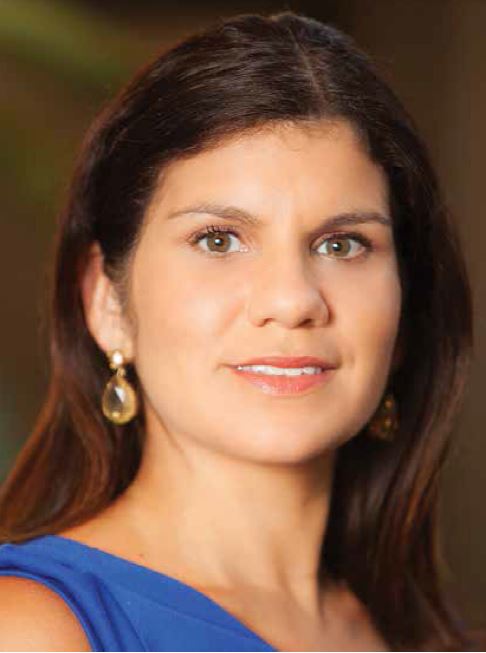 A profile of Michelle Gonzalez Maldonado, the GTU’s Alumna of the Year

From the Spring 2016 issue of Currents, See PDF

The Graduate Theological Union’s Alumna of the Year, Dr. Michelle Gonzalez Maldonado, has embodied the GTU’s values of interdisciplinary study and interfaith engagement throughout her academic career. Since graduating from the GTU with her PhD in Systematic and Philosophical Theology in 2001, Dr. Gonzalez has engaged in work that straddles the oft-divided disciplines of theology and religious studies. Currently Professor of Religious Studies and Assistant Provost of Undergraduate Education at the University of Miami, Dr. Gonzalez’s academic specializations include Latino/a, Latin American, and Cultural Theologies as well as Afro-Caribbean and Latino/a Studies.

Dr. Gonzalez believes her experiences at the GTU prepared her not only for her work as a scholar but also for her role as Assistant Provost. “I very clearly came to the GTU in a huge part to work with Alex Garcia Rivera, who, as you know, has passed away, but he continues to shape how I think intellectually. But the sense of community, not only among my fellow students, but also the community that the administration and the faculty created, was very special. As Assistant Provost, I think back to my Academic Dean at the GTU, Margaret Miles. She was a great role model by being a gracious and powerful committed leader of the institution. I think we don’t realize people are role models for us at times until much later in life. Since I’ve gone into administration, I’ve thought a lot about her, and am inspired by her impact upon the GTU.”

Dr. Gonzalez carries this same grace and commitment to community into her work as a Professor. In the classroom, she cherishes “sitting with a group of young people, reading a bunch of great and challenging books and talking about ideas, because having a space in which to cultivate critical thinking is a gift that is becoming increasingly scarce in our sound bite culture.”

Emphasizing the importance of community beyond the walls of higher education, Gonzalez believes that intellectuals need to break down the barriers between the academy and the world: “I think our work needs to be more public. Today, we’re living in a world where it’s very clear that religion matters and matters in very dramatic ways. And I think scholars of religion have to be able to speak to and educate the broader public about the meaning and role of religion in the world we’re living in.” This is equally emphasized within her publications and classroom instruction.

In her most recent book, A Critical Introduction to Religion in the Americas: Bridging the Liberation Theology and Religious Studies Divide (New York University, 2014), Dr. Gonzalez considers the divide between liberation theology and the lived experiences of the marginalized. She challenges theologians to listen anew to the communities about which they write: “If liberation theologians are going to claim to represent and advocate for the voices of the marginalized, they have to be authentic to that.” She explains that her project was inspired in part by her grandmother’s lived experiences as a devout Catholic and spiritual medium: “I want to explore the tensions of her religious reality. I also want to study faith, justice, and social transformation. Unfortunately, the current division between religion and theology do not allow for both.”

Dr. Gonzalez emphasizes, “We’re at a point right now, I hope, in the academy that we really need to stop having these quibbles about religious studies versus theology. While religious studies claims a certain objectivity, I think it is just as open to the critique of subjectivity as theology. I see theology as one expression of the study of religion. Although I want theology to be theology, I also worry sometimes that theology is too self-referential as a field. We’re constantly talking about the same people, talking to the same people, and it is a very circular and closed discussion. So, my hope in the book is to open up the discussion.”

Dr. Gonzalez attributes her strong professional formation to the Graduate Theological Union: “When I think about how the GTU and my experiences there shaped who I am today, two things stand out to me. The first is the interdisciplinarity of the program. I think that ability to bridge fields of study, and be able to work with scholars in other disciplines and faculty really set the groundwork for how I understand myself as a scholar. Second, it’s the sense—and this is embedded in both the actual structure of the GTU as well as its intellectual life--that you can be unapologetically grounded in your tradition, but open to dialogue with other traditions. That concept really shaped me. I can have my convictions—whether they be faith, intellectual, professional—but those convictions aren’t better than anyone else’s, and they exist in the GTU in a context where there were multiple faith convictions at play. And this is the world we live in, the world we teach in, and the world we write in.”

Suzanne E. Miller is a doctoral student in Biblical Studies and Communications Assistant at the GTU.