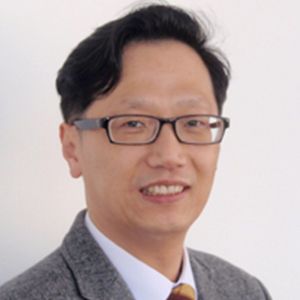 The GTU’s new Dean and Vice President for Academic Affairs, Dr. Uriah Y. Kim, is among the 100 scholars of religion participating in American Values, Religious Voices: 100 Days. 100 Letters., a national bipartisan campaign that brings together scholars from diverse traditions to share insight and wisdom with U.S. political leaders. For the first one hundred days of the new administration, President Donald Trump, Vice President Michael Pence, Cabinet Secretaries, and members of Congress will receive a letter from a different religious scholar each day, articulating core values that have grounded the United States in the past and can provide guidance for the future.

Dr. Uriah Kim’s letter will be featured on the sixth day of the campaign, Wednesday, January 25, 2017, and will be posted publicly on the Values and Voices website. (UPDATE: See Dr. Kim's letter here.) In his letter Dr. Kim shares from his personal history as the son of an immigrant mother who left her native country in the early 1970s believing in the “incomparable opportunities” that would be open to her children in the United States. He asserts that America’s greatness lies not primarily in its power but in its generosity and compassion, and urges the new president to “continue to leave America’s door open and to care for the people already living in the United States.”

Other religious scholars participating in the effort include GTU alumni Gregory Sterling (PhD), Corrine Carvalho (MA), and Raj Nadella (MABL). Those who subscribe to the campaign via the Values and Voices website will receive a daily email notifying them of the publication of each letter.

American Values, Religious Voices was created by Andrea L. Weiss, Associate Professor of Bible at Hebrew Union College-Jewish Institute of Religion in New York, in coordination with an advisory committee that reflects the diversity of U.S. religious and faith traditions. For more information visit www.valuesandvoices.com.