Politics, Passion, and Pluralism: A Conversation with Dr. Shibley Telhami 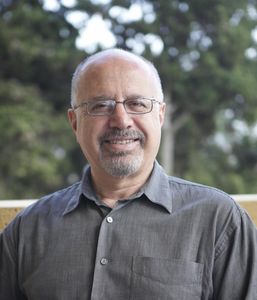 Dr. Shibley Telhami (MA, 1978) is the Anwar Sadat Professor of Peace and Development at the University of Maryland, College Park, and a non-resident senior fellow at the Brookings Institution. A respected scholar, Dr. Telhami has also served as advisor to the US Mission to the UN (1990-91), as advisor to former Congressman Lee Hamilton, and more recently as senior advisor to George Mitchell, President Obama’s United States Special Envoy for Middle East Peace (2009-2011).

Shibley Telhami received his Master’s Degree in Philosophy and Religion from the Graduate Theological Union, before moving on to complete his PhD in Political Science at the University of California, Berkeley. We spoke recently with Dr. Telhami about his experiences at the Graduate Theological Union, his appreciation for the importance of interreligious education, and the reasons he continues to support the GTU.

How was your educational experience at the GTU unique, and how did the research you performed here contribute to your academic success?

The program I put together at the GTU was unique from the very start. It occurred in partnership with Berkeley’s Department of Philosophy. My advisor at GTU was William McClendon, a theologian writing about philosophy, language, and religion. Over at Cal, Benson Mates, then the chair of the philosophy department, provided guidance for me, and I also studied with John Searle, a philosopher of language. That experience clearly provided me with a line of analysis that informed my work in terms of how I thought about religion and politics and eventually separated them.

One of the thinkers who most impacted my thinking is Søren Kierkegaard. Over the decades, Kierkegaard has influenced many, but for different reasons. For me, his work on the complexity of the self, inspired my thinking about identity, which has been a subject of personal as well as professional interest for me. I was introduced to his work when studying with Arnold Comb, then President of the San Francisco Theological Seminary a Kierkegaard expert. I have an approach to the study of identity that I apply in political science that was informed by Kierkegaard’s thinking.

Intellectually, grounding at the GTU helped inform my work. During my time of research at GTU, I decided that religion itself isn’t the source of problems in the Middle East region, which continued to attract my personal and professional attention during a decade of war and peace. I had started with the assumption that religion was a primary source of conflict, but moved away from that understanding. I began to realize the key approaches to understanding conflict in the Middle East were economic and political, more than they were religious.

I was exposed to thinking about politics, religion, and society at a macro level, and this was very important intellectually for developing my frame of reference. Even my earlier studies in mathematics, which provided me with an analytical framework, contributed to a disciplined way of examining issues that you get out of mathematics and philosophy. And my understanding of religion was extremely important because, as significant developments occurred in the Middle East over the past three decades, many analysts sought to connect them to religion. But having studied and spent time there and understanding the languages led me to exactly the opposite conclusion; not that religion is not important—it continues to be central in people’s lives—but it’s not the source of the problem. And so that provided me with a unique understanding of this intersection between religion and politics, particularly after 9/11. One of the first articles I wrote on the topic of terrorism was an article entitled “It’s Not About Faith” which also made its way into my best-selling book, The Stakes: America and the Middle East.

What values do you believe can be learned by studying in an interreligious environment?

One of the big things we face now is the question of pluralism. We know people are passionate about religion. Anybody who thinks religion is irrelevant really doesn’t understand the way the world works. Of course it’s relevant. It may not be the cause of the problem or the sole explanation for why people do what they do. But there are a lot of people who care a lot about their set of beliefs and feel very strongly about them. I don’t think many people now believe that, faith-wise, we can wall ourselves off from the rest of the world. But in order to get there one must contend with people who are not identical to us in their view of the world and who have different belief systems about which they feel very deeply.

So having a pluralistic environment is really essential for understanding how you can relate to others while still holding deep beliefs of your own. And I think one of the advantages of the GTU is in creating an environment that is conducive to understanding what we now are facing in much of the world, which is, the multiplicity of cultures and beliefs.

How do you see the GTU’s Center for Islamic Studies as a distinctive center for post-graduate theological education?

I think the presence of a center like that at an institution like the GTU is indispensable. It was a major thing that the GTU moved to strengthen itself under the leadership of Jim Donahue and the opening of the center created a lot of possibilities. I was just talking about how important it is to have that diversity of views. Certainly, it seems like a breakthrough just to have a diversity of Christian views under one place (laughs) which then starts pushing to Buddhist, Jewish, and beyond. And clearly the Muslim religion and faith is so central in our world today. We have almost a billion and a half Muslims. The issues concerning the relationship between West and the East are not, at the core, primarily about religion. But to understand that the issues are not in the end religiously based, you have to understand religion to reach that conclusion.

In what ways do you see your annual charitable contributions to the GTU as an investment?

The GTU is a wonderful institution and has certainly helped me early on in my career and I am happy to give back. My own contributions are modest. But the more important thing to me is not really about the amount you donate, it’s more about signaling your support. And in that sense my hope is not necessarily tied to any specific program or that my donation will buy something practical, but that my gift is understood as a vote of confidence.

I am very pleased to see that GTU is expanding its diversity, particularly the news about the establishment of the new master’s concentration in Hindu Studies. I think the GTU’s continuing to expand its pluralistic environment is essential, because we have all come to learn how misconception about the other can exacerbate conflict. I can tell you that confidently, because we do a lot of polling in the Middle East and also here in the U.S. We poll views about the Middle East, religion, views of the West, and American views not only of the Middle East but also of Islam. What is interesting is that when you ask people who have studied the region, or if they’ve studied in the United States, or if they had visited or spent time in a place, and or even if they just know the language, you find their views are much more realistic about the other rather than negative. And that is because of the familiarity, which is extremely important for normalizing the discourse, and grounding it in analytical reasoning instead of grounding it in fear and misconception. The more students, faculty, and the wider community are exposed to that diversity, the better off we all are.

Christopher Cox is the associate director of development at the GTU.