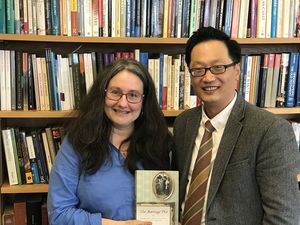 Berkeley, CA - The Graduate Theological Union (GTU) is pleased to announce that Dr. Naomi Seidman, Koret Professor of Jewish Culture at the GTU’s Richard S. Dinner Center for Jewish Studies, has been awarded the inaugural Borsch-Rast Book Prize and Lectureship for her 2016 book, The Marriage Plot, Or, How Jews Fell in Love with Love, and with Literature (Stanford University Press). The newly established Borsch-Rast Book Prize will be awarded annually and carries a prize of $10,000. The award seeks to encourage innovative and creative theological scholarship by GTU graduates and current faculty.

In announcing Seidman’s receipt of the award, GTU Dean Uriah Y. Kim stated, “Naomi Seidman’s The Marriage Plot is a worthy choice as the inaugural winner of the Borsch-Rast Prize, which is among the most generous book awards in the field of religion and theology. Dr. Seidman has set a very high bar for future winners to meet.” 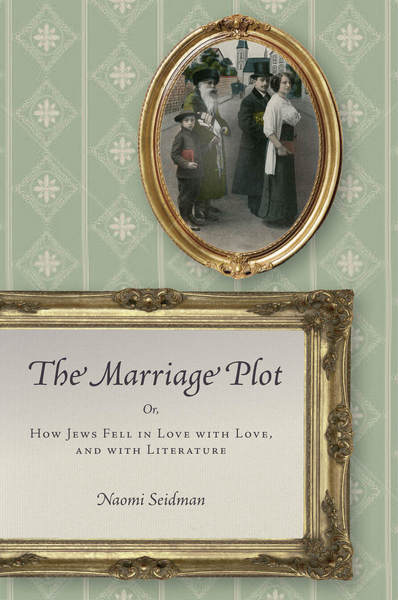 Members of the selection committee heralded Dr. Seidman’s work for its profound exploration of Jewish cultural attitudes toward love, sex, and marriage. Dr. Margaret Miles, professor emerita of historical theology and former academic dean of the GTU declared: “The Marriage Plot demonstrates a complex connection between literature and romantic practices in nineteenth century European Jewish communities. But Seidman’s thoughtful and intriguing revisions of such common assumptions as secularism, assimilation, and modernity extend far beyond her strong contribution to Jewish Studies. Readers are sure to be engaged, challenged, and persuaded to rethink our understanding of all sex-gender systems and how they circulate both in literary form and in the erotic choices we make.”

Dr. Randi Walker, professor of church history at Pacific School of Religion added, “Seidman’s Marriage Plot is a complex literary analysis that connects religion and modern culture on several levels. It is the product of a mature scholar and rests on a deep foundation. I find myself still thinking about what I learned from the book and seeing connections to other literature and other historical questions about modernity. It is the kind of book that is about a particular small thing but whose wider implications for understanding humanity unfold over time.”

In accepting the award, Dr. Seidman spoke of the deep gratification she has experienced not only in receiving the award but in hearing from readers from the GTU community whose opinions she cherishes. “My book is about the challenges to community of secularization and modernization, and (despite the title) about the bonds that connect us to one another beyond the nuclear family, on which modern society rests so much weight,” Seidman said. “At the Graduate Theological Union, all of us have been part of a radical experiment, of what it might mean to imagine community beyond the boundaries of religion and ethnicity, and I've been gratified to feel myself embraced by this community over the past twenty-some years.”

The inaugural Borsch-Rast Lecture will take place this spring at the Graduate Theological Union. The date of the lecture will be announced in the near future.

Dr. Kathryn Barush, assistant professor of art history and religion at the Jesuit School of Theology-Santa Clara University and the Graduate Theological Union, was awarded an honorable mention for her book, Art and the Sacred Journey in Britain, 1790-1850 (Routledge). GTU Dean Uriah Kim heralded Barush’s book as “an illuminating and erudite study that will lead you to consider going on a sacred journey with your feet, mind, and spirit.”

The Borsch-Rast Prize and Lectureship was established to encourage innovative scholarly publications by GTU graduates and current faculty, and offers a $10,000 annual award. The endowment for the Borsch-Rast Prize and Lectureship comes from the sale of Trinity Press International, a venture dedicated to the publication of scholarly and often interdisciplinary theological studies. The prize and lectureship honor the joint example and collaboration of Frederick Houk Borsch (1935-2017) and Harold W. Rast (1933-2004).

The Graduate Theological Union is currently accepting nominations of 2017 publications by GTU faculty and alumni for the next Borsch-Rast Book Prize and Lectureship. Nominations will be accepted through April 25, 2018; the winner will be announced in November. Visit https://www.gtu.edu/academics/borsch-rast-prize-lectureship for more on the Borsch-Rast Book Prize and Lectureship, including contest guidelines and a link to the online nominations form.