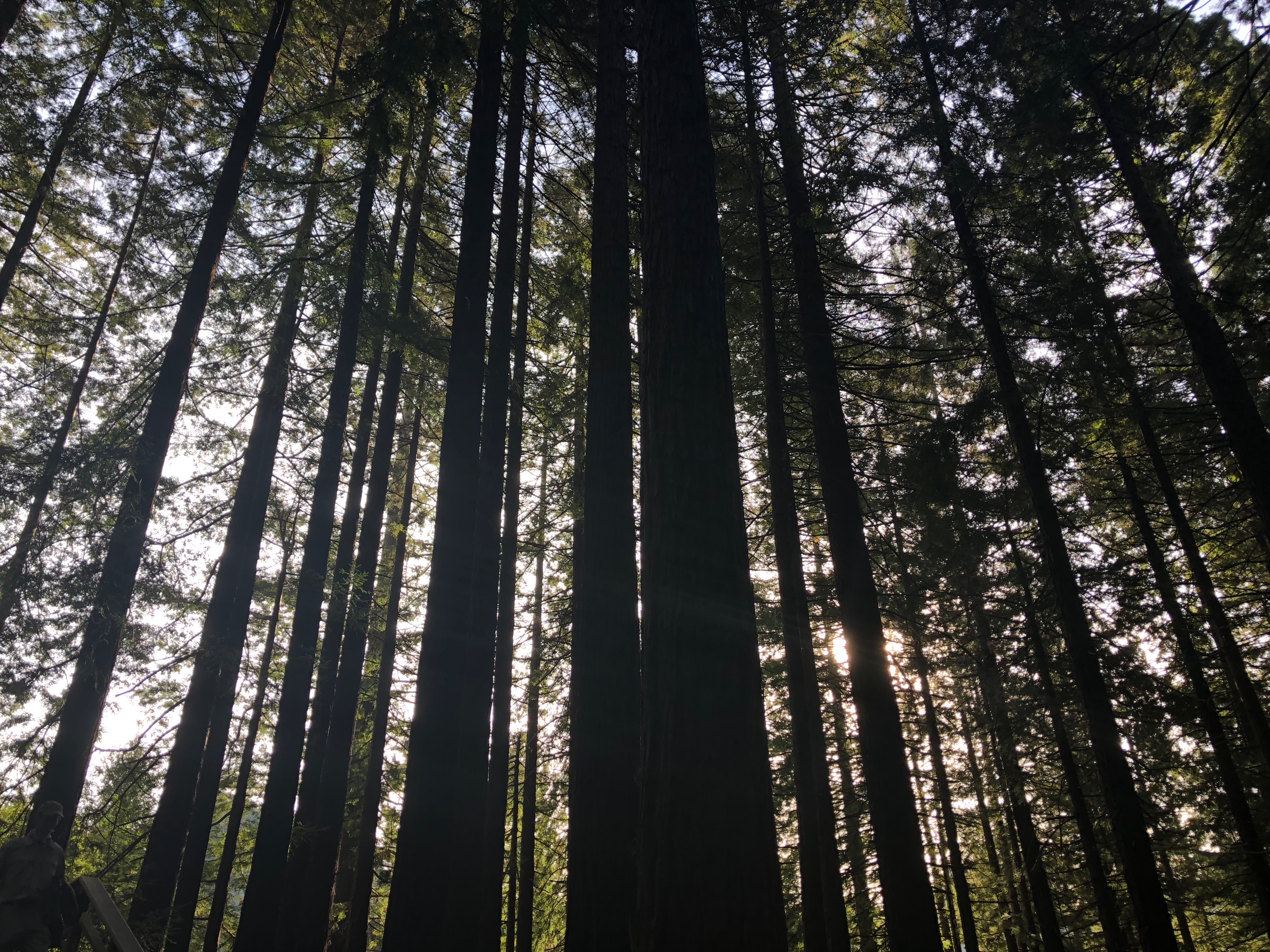 by Rita Sherma and Devin Zuber

A multilayered GTU initiative brings the transformative power of religion into the field of Sustainability Studies.

The term sustainabilityrefers to efforts that serve current human needs while also leaving a legacy of healthy ecosystems, strong global economies, and just, compassionate, societies for future generations. In recent years Sustainability Studies has become an academic field that is increasingly interdisciplinary, incorporating research from the STEM and Design fields. However, knowledge systems embedded in the transformative power of religion have rarelybeen engaged.

Since Fall 2016, the Sustainability 360 Initiative has sponsored numerous conferences, courses, lectures, publications, and workshops—and is working toward offering a graduate certificate in Sustainability Studies. Co-chair Devin Zuber notes, “The GTU has long been known as a place that seeks to make a tangible difference for the greatest good, by serving as the place ‘where religion meets the world.’ Sustainability 360 wants to help GTU be a place where religions—in the plural—are meeting the planet. Climate change poses an acute series of challenges, and we think that by approaching sustainability from the 'deep time' perspective offered by the world's diverse spiritual traditions, we can develop more planetary modes of thinking and being."

Dr. Rita Sherma agrees that the GTU is uniquely equipped for such work. “The diversity of religions represented by GTU also embodies variegated cultural knowledge systems. The intersection of these epistemologies—embedded in the spiritual, moral, cultural, and ethical frameworks of diverse religions—provides a rich matrix for new methods of research and teaching on Sustainability Studies. Such integration catalyzes innovative research methods and models that assimilate interreligious, interdisciplinary engagement on sustainability, helping to engender a new direction in our relationship with the biosphere and with one another.”

“Sustainability 360 aims to be an incubator for cutting-edge research and projects that operate at the intersection of Sustainability Studies and religion within pluralist, multireligious contexts.”

One of the first major public activities undertaken by Sustainability 360 was a three-day workshop at the GTU and UC Berkeley, featuring former GTU professor (and eco-theologian) Dr. Marion Grau. This special event, co-organized by Devin Zuber and GTU doctoral candidate Yohana Junker, was part of a larger research network on religion and ritual, based at the University of Oslo. The Berkeley workshop focused on how different conceptual frameworks for ritual (and religion) allowed for fruitful dialogue with recent turns in the so-called "new materialisms" of environmental philosophy, and its attention to other-than-human beings. A follow-up workshop is being planned for Fall 2019, again cohosted by GTU and UC Berkeley, with the specific goal of producing a new collection of scholarly essays on this emergent field.

In April 2017, the GTU convened a comprehensive two-day conference on Sustainable Societies: Interreligious, Interdisciplinary Responses. Organized by the Center for Dharma Studies, the international conference featured 60 scholars from diverse disciplines and religions, including faculty from across the GTU consortium, and also provided GTU students opportunities to present in tandem with eminent scholars. An edited volume of the conference’s papers is pending publication, while a second conference, Sustainable Societies II: Economic and Environmental Justice,is planned for April 2020.

In May 2018, Sustainability 360 joined with the Center for Religion and the Arts (CARe) to host a lecture and discussion by renowned environmentalist Dr. Carolyn Merchant, of UC Berkeley, on her life’s work. Dr. Merchant has long been a collaborator with GTU faculty and doctoral students, having worked closely with Rosemary Radford Ruether (Emerita, Pacific School of Religion) and Marion Grau (now at MF Norwegian School of Theology, Oslo), and served on doctoral dissertation committees of many GTU students.

One such student was Dr. Whitney Bauman (PhD, ’07), now an associate professor in the department of religious studies at Florida International University. As a doctoral student, Bauman helped direct the GTU's Theological Roundtable for Environmental Ethics and Spirituality (TREES), which served for many years as a vibrant student-led forum for religion and ecology. He recollects: "In its heyday, TREES allowed us to bring amazing scholars to Berkeley, including such people like John Huber, Mary Evelyn Tucker, and Fritjof Capra. It was an essential formative context that directly led to my GTU dissertation project with Rosemary Reuther, Marion Grau, and Carolyn Merchant." While Sustainability 360 has more expansive concerns in a time of climate change, it is excited about doing some in-house "recycling" of the dynamic energy that TREES brought to the topic of religion and the environment.

In September 2018, Sustainability 360 was a collaborator at Gov. Jerry Brown’s Global Climate Action Summit, where Rita Sherma convened an interreligious symposium in partnership with the NorCal MLK Foundation. Under the rubric of the Initiative, Dr. Sherma lectured on “Sustaining Societies--Restoring Nature” at the CIIS Conference: 1968 Revisited.

“By approaching sustainability from the 'deep time' perspective offered by the world's diverse spiritual traditions, we can develop more planetary modes of thinking and being.”—Devin Zuber

In partnership with the GTU Center for the Arts and Religion (CARe) and UC Berkeley's Botanical Garden, Devin Zuber offered the first of a series of lectures in the botanical garden's famous redwood grove in November 2018. His lecture, “Talking with the Trees: John Muir's Nature Spirituality” was held in conjunction with CARe's Fall 2018 exhibition, “Gestures to the Divine: Works by Hagit Cohen.” Zuber suggests, “Since Sustainability 360sees the aesthetic (be it painting, poetry, or other art forms) as a central place where religion and sustainability concerns can fruitfully intersect, the initiative plans on continuing to partner with CARe and UC Berkeley.” Sustainability 360’s Fall 2018 event calendar concluded with Dr. Rita Sherma’s presenting on the initiative at the Parliament of the World’s Religionsin Toronto, Canada.

In January 2019, GTU President Daniel Lehmann traveled to India with Ajay and Mira Shingal, who established the Center for Dharma Studies. They visited Govardhan Ecovillage (GEV, Maharashtra, India), which won the UN World Tourism Organization’s Sustainability Award in 2017. Describing his experience at the Govardhan Ecovillage, President Lehmann noted, “The cutting-edge sustainability technology, the organic farming methods, the educational programs and, the beautiful Hindu temples and gardens create a unique environment for fusing deep religious wisdom and practice with a contemporary, comfortable retreat center.” Lehmann reported that discussions are underway about the possibility of a jointly sponsored conference on religious perspectives on sustainability that would take place at the Ecovillage in 2021.

Rita Sherma sums up the importance of the initiative in this way: “Sustainability 360 differentiates itself from other efforts at the nexus of religion and ecology by integrating these areas, while also escalating the engagement of religious cultures with the various sectors and fields of human endeavor engaged by Sustainability Studies. As we consider the work of encouraging social, economic, ecological and cultural justice—the “Pillars of Sustainability”—we believe the engaged study of the world’s diverse religious wisdom can make a profound contribution to planetary flourishing.”