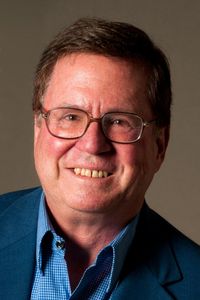 The Center for Theology and the Natural Sciences (CTNS) has received a $1.3 million institutional donation from the John Templeton Foundation, one of the largest such donations in the Foundation’s history. This funding will support and enhance CTNS programming as the Center transitions from being an independently incorporated organization affiliated with the Graduate Theological Union (GTU) to being an internal program unit of the GTU. The impact of this transition is enormous for both CTNS and the GTU: It gives the GTU world recognition as a stellar leader in the international and interfaith field of science and religion, while giving CTNS a permanent institutional base from which to create new programs that build on its exemplary track record and extend its work into new areas of research and public service.

According to CTNS Founder and Director, Dr. Robert John Russell, “This remarkably generous donation from the Templeton Foundation opens up, down the road, a whole spectrum of future possibilities for CTNS on the horizons of research, education, and public service in science and religion. In the immediate future this donation will cover operating expenses as CTNS becomes a more integral part of the GTU. As a GTU Program, CTNS will have a permanent institutional base that will ensure indefinitely its continued flourishing.”

The transition of CTNS to the GTU brings CTNS’s immense resources and widespread scholarly and public recognition to the GTU. The Center’s core programs include research, teaching and public service: The Ian G. Barbour Chair in Theology and Science at the GTU offers courses at the masters and doctoral level; the 20 year history of conferences includes seven major publications with the Vatican Observatory; the scholarly quarterly journal Theology and Science is available online and in print to CTNS’s international members; the annual J. K. Russell Fellowship in Religion and Science brings a distinguished scholar in religion and science to the GTU for research, teaching, and public service; the annual Charles H. Townes Graduate Student Fellowship offers modest financial support to GTU doctoral students specializing in theology and science. CTNS’s external programs include the creation of hundreds of new courses in science and religion in research universities, colleges, and seminaries internationally through its “Science and Religion Course Program” (SRCP); and sponsoring distinguished public lectures by world-class scientists through its “Science and the Spiritual Quest” program.

GTU President Riess Potterveld celebrates news of the gift. “Since its founding in 1981, CTNS has brought to the world stage issues integral to the discourse in science and religion, and has been breaking new ground through its innovative research, teaching, and contributions to the public conversation. We are delighted that this major funding from the Templeton Foundation will enable CTNS to expand its critical work even as we welcome the Center as a GTU program, and thus as an even more integral part of the Graduate Theological Union.”