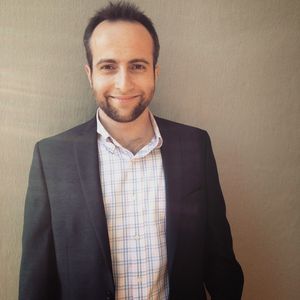 Dr. Som Pourfarzaneh is the Assistant Professor of Islamic and Digital Media Studies at Starr King School for the Ministry. He holds a Ph.D. in Cultural and Historical Studies of Religions from the Graduate Theological Union in Berkeley, CA, and was part of the first cohort to graduate from Starr King’s Master of Arts in Social Change (MASC) program in its inaugural year. He also holds a B.A. in Integrative Biology from the University of California, Berkeley.

Pourfarzaneh’s academic work focuses on Islam and Media, Muslims in America, Anthropology of Islam, Digital and Social Media, Social Justice, Cultural Production, Interreligious Dialogue, and Multi-Religious Identity. Outside of the academy, he has also written and worked for high-profile entertainment companies and editorial websites such as Electronic Arts, Perfect World Entertainment, Modus Games, and MMORPG.com, and is the author of four books and three games.